Celebs Turn out for the NYC Premiere of Ice-T’s New Film ‘Something from Nothing: The Art of Rap’ (Photos) 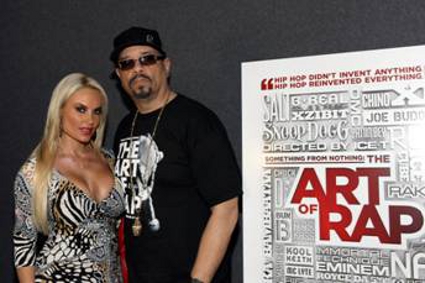 Countless celebs turned out for the New York City premiere of Ice-T‘s new film Something from Nothing: The Art of Rap, a performance documentary that the rapper directed himself. The film features not necessarily the blingtastic stardom associated with hip hop; rather, it focuses on the art, craft, and immense skill that has gone into this popular art form, which has helped revolutionize and redefine countless genres of music, as well as people’s tastes, over the years.

In the documentary, Ice-T travels around the country chatting and interviewing with the likes of Afrika Bambaataa, Eminem, Nas, Mos Def, Kanye West, Chuck D, KRS-One, Snoop Dogg, Run-DMC, and Ice Cube. He chats with them intimately about their art form and what it means to be an artist in this genre today. Sounds interesting, right?

Look at all those names! Geez! Too bad we couldn’t make it to this star-studded premiere, which all went down at the Lincoln Center in NYC. Check out a few pics below!