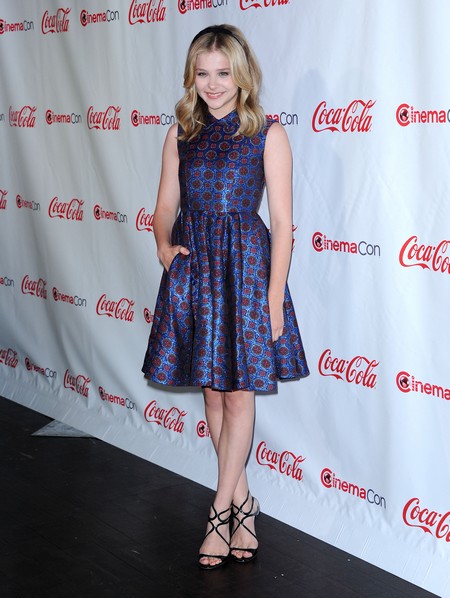 If you haven’t heard already, there’s another horror movie remake in the works, which unlike most of the classics Hollywood has try to re-vamp, this one excites me to no end.

The movie is Carrie, the film that shot Sissy Spacek in the title role and was written by Mr. Scary-Man himself, the great Stephen King.  While the original was directed by Brian De Palma in 1976, this newest rendition will be directed by Kimberly Peirce and starring Chloe Moretz as Carrie (of Kick Ass fame) and Julianne Moore who will play her over-bearing mother.

Chloe, 15, admitted recently that the remake is closer to King’s novel than De Palma’s film.

“I’m actually not looking at the original, even though De Palma’s movie was one of the best movies ever made. It’s completely iconic and I’m proud to be able to be doing a retooling of it.  We’re kind of going off the book. It’s darker and much more psychological. More ‘Black Swan’. You’re really looking into her mind and it really looks into the relationship of Margaret and Carrie. It’s set in modern time, so it’s a lot different,”

Chloe also said that she would be undergoing a very drastic physical transformation to portray her character Carrie.

“It’s something that’s very different from me. It’s an out of body thing. I’m becoming a totally different person for it. I’m letting go of all of my self-esteem issues and just kind of going into it. You have to”

Chloe will also have some influence on her wardrobe – she is set to design the dress that Carrie wears to her prom.  Amazing.

For those who haven’t seen the film, the story follows a high school student (Carrie) who is raised by her awful, bigoted mother (Moore). As she reaches puberty, Carrie possesses a destructive telepathic power that she uses for lethal means to execute her classmates who bully her during prom night.  Production is set to start early June.  I’m looking forward to this one!