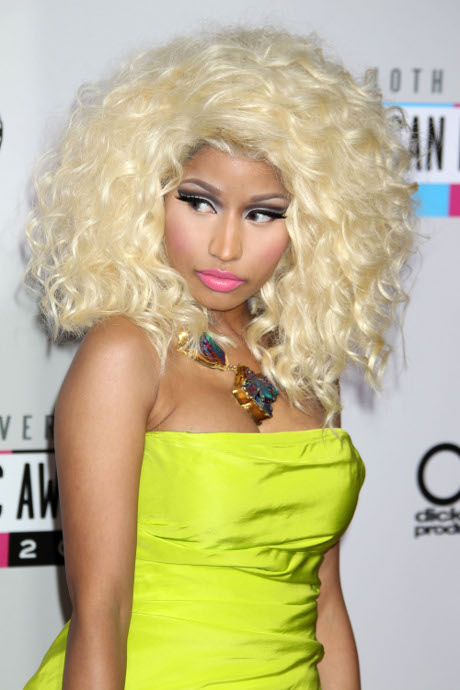 Drake, Chris Brown, and Nicki Minaj definitely brought their attitudes to the American Music Awards stage, and all their nonsense just made us roll our eyes. If you are chosen to perform at the American Music Awards show, well, that proves that you are somebody. It also shows that you are considered a very bankable performer. But that doesn’t mean you’re not annoying. In years past, they weren’t prone to having a lot of hip hop on their previous award shows but the public has spoken. They want their hip hop and rap.

It seems like Chris Brown is “The Man” these days. He has his own hit records and is on several other hit records were he lays down tracks. Chris basically “killed it” when he got up to perform, the audience loved it. Chris performed with Swizz Beatz and everyone was having a good time except for, you know who, Drake. Reportedly, all the while Chris Brown was performing, Drake was playing around on his cell phone, the WHOLE TIME!

Drake could not even pretend to be enough of a grown up and be respectful enough to pay attention to what was going on. Hasn’t this thing between him and Chris been put to rest yet? Come on, guys, this is getting a bit old. Drake, Chris Brown has enough fish to fry with Rihanna and Tran, and God only knows what other females causing an issue. He doesn’t have the mental space right now to pay you any attention.

Now, speaking of females, did you notice a little tenseness between Drake and Nicki Minaj? Now what the heck is going on? The stiffness and slight awkward look between the two of them. I’m sorry, did they have a little thing that nobody knows about? Hmm….I’ll keep an eye on those two. Drake, back to you, Chris Brown was there to perform not there to annoy you. Get over yourself!