Chris Brown Wants Rihanna To Stop Talking About Him! 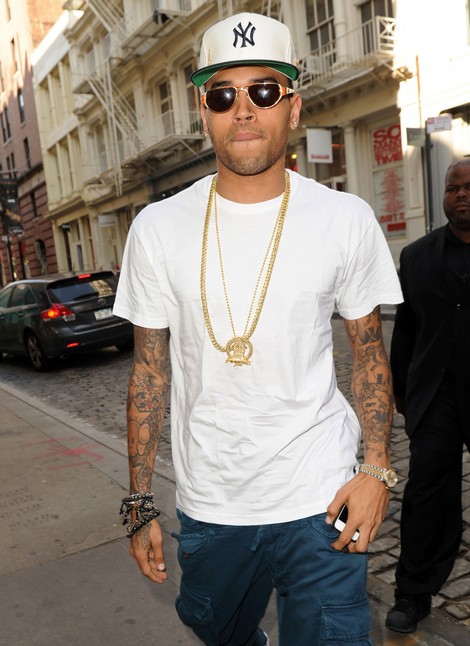 In the wake of Rihanna’s recent interview with Oprah, Chris Brown should be happy that his ex – with whom he brutally assaulted – has some compassion for him.  Instead, Brown is slightly put off by the singer’s omissions and wants Rihanna to stop talking about him.

Rihanna recounted to Oprah the events that occurred three years ago when Chris, her then-boyfriend, assaulted her on the eve of the Grammys.  Brown ended up pleading guilty to a felony battery charge and the two called it quits.  In the interview Riri admitted that she felt “protective” over Brown and was concerned for his well-being.

According to Radaronline, Chris isn’t too keen on the past being dredged up.

“Chris is just confused about Rihanna’s decision to bring up the past again and again — this time in an interview with Oprah, Rihanna has previously given wide ranging interviews about the beating to Diane Sawyer and several print magazines. Chris just doesn’t think it’s productive or relevant to rehash the events since essentially nothing new is being revealed in the interview Rihanna has done with Oprah. Chris doesn’t begrudge Rihanna at all for talking about it but he thinks that in order for them to both move forward and not be defined by that one night, it would be better to stop bringing it up.”

Well you might not like it Chris, but maybe it’s good for her therapy.  Oprah’s Next Chapter featuring Rihanna will air on Sunday, August 19 at 9/8 on OWN.