Christina Aguilera Behaving Like A Diva On ‘The Voice’ Set Again? 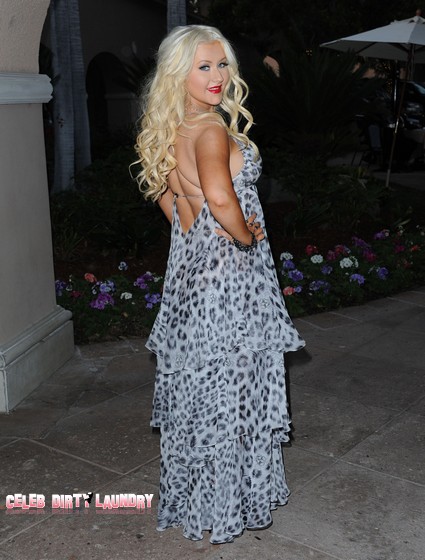 We are hearing rumors that Christina Aguilera is back at it again this season on The Voice.  She is behaving like a diva and throwing her weight around and she is pissing off the crew and the other judges.  Insiders claim the reason behind it all is she is unhappy with the extra weight she has put on and spends a lot of time trying to make sure she is filmed at the best possible angles so she does not look plump.

A source revealed, “Christina holds up production with her constant demands, saying,”Don’t make me look far’ or ‘Don’t show my butt.’  She insists the cameramen only shot her at flattering angles, forcing a few segments to be re-shot.  She also demands that stylists bring her the latest slimming fashions, and she’s always ordering the makeup artists to make her face look thinner.”

Most of the judges are tolerating her behavior but fellow judge Adam Levine is having none of it.  He thinks she is behaving unprofessional and believes that producers should not pander to her demands.    So there you have the story!  Do you think Christina is desperate to hide her extra weight for the new season of The Voice which airs February 5th, 2012?

Don’t forget we will be covering the episode live after the Super Bowl Sunday, so come back and visit us.  In the meantime check out the new issue of Rolling Stone which features all the judges from The Voice on the cover here!