Claire Danes Calls Herself A Slut 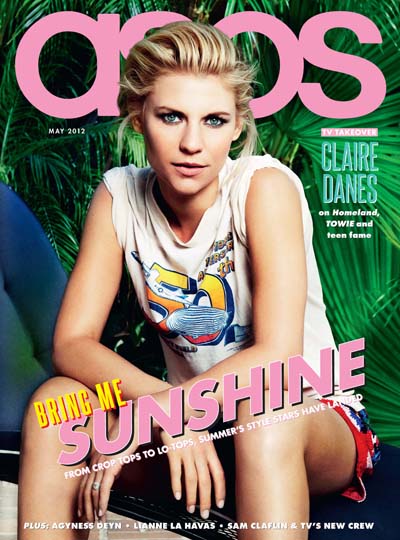 If you’re Rush Limbaugh, you definitely don’t want to go around calling someone a slut in the media, but if you happen to be Homeland star Claire Danes and referring to your love of shopping, then the use of the word is totally fine, it seems!

The 32-year-old actress recently called herself a “sales slut,” as well as a “lazy” and a “fat grown-up,” during an interview with ASOS Magazine, whose cover she graces for the May issue.

“I’m a sales slut. I’m just very seduced by a sale. In New York buying clothes is fun, because it really is boutiquey. I like Legacy and Opening Ceremony, and I love Prada. I have a lot of J Brand and Citizens of Humanity jeans. It’s funny with jeans now, because if they don’t feel like a pair of sweatpants, I don’t have patience for them anymore! I think I’m becoming increasingly lazy,” she told the magazine.

Claire, who’s married to British actor Hugh Dancy, also dished on her favorite reality show — The Only Way Is Essex – the same one that the Duchess of Cambridge is a fan of — as well as her ingenue days, playing roles like Angela Chase in My So Called Life and Juliet in Romeo+Juliet:

“That was a lot of fun,” she said of the Baz Luhrmann film. “If you’re going to be an ingenue, that’s the one to be – the ultimate. I saw Leo (DiCaprio – Romeo) the other day and in some ways, our dynamic is absolutely the same, but then it’s like, ‘Oh, but wait, we’re big fat grown-ups!‘” Related: Claire Danes & Hugh Dancy Got Hitched

For an actress who is as pretty and talented as Claire, she certainly throws around a lot of negative words. We’d never describe her as lazy or fat!