BY Danity Donnaly on May 29, 2012 | Comments: Leave Comments
Related : Celebrities 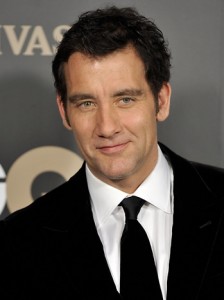 British actor Clive Owen and his daughters Hannah and Eve and a few other people were stuck in an elevator at the Cannes Film Festival this past week. No word on whether Owen’s wife Sarah-Jane Fenton was present for the scary experience or not. Let me just say that this would be the ultra scary experience for me because I am not a big fan of being confined in small spaces (ok, let me rephrase that, I’m absolutely terrified of being in small spaces) and I don’t care who is with me. Clive Owen or not…get me out of there pronto!

At any rate Owen was set to attend his screening for his new film Hemingway & Gellhorn alongside his co-star Nicole Kidman when he and his daughters got stuck in a packed elevator at the Hotel Majestic Barriere.

According to Britain’s The Sun, by the time the people got rescued from the elevator, a couple people had already fainted. Yeah, THAT would have been me. Sweaty, freaking and laid out horizontal.

Unfortunately for Owen fans and reporters, they didn’t get to catch Owen on camera for press interviews because he had to cancel a few of his appearances. He opted out to stay with his girls who were said to be very upset about the experience.

Kidman spoke about the ordeal to reporters saying, “I couldn’t have been in there with my kids, how awful.”

Poor kids will probably never want to get into an elevator again!