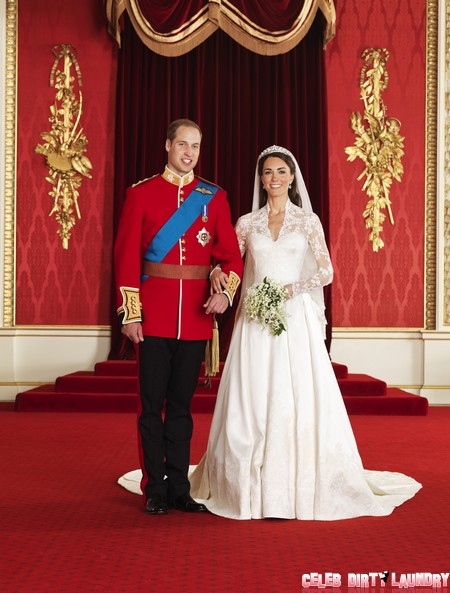 After various European magazines announced plans to print up to 200 photos of Kate Middleton and Prince William sunning themselves in France, the palace’s rage has known no bounds. The royal couple are currently on a Diamond Jubilee Tour of Asia and the Pacific Rim, but after the initial shock wore off, they’ve managed to put their game faces on and not be wet blanket guests to the foreign dignitaries.

St James Palace has promised that the royal family will take all action necessary to ensure the paparazzi who illegally used a long lense to capture the images while the pair were on a private estate is punished. France has very strict laws about photographing others, and the issue hits home especially close for Wills, as the first magazine to have published Kate’s photos, Closer, also published images of his mother as she lay dying after her tragic car crash in Paris. Of course, Wills fears that the paparazzi will push Kate too far.

Today, a court in Paris will hear the case and the royal couple will lodge a criminal complaint, requesting that the matter be investigated and considered for trial. This is a separate action from the civil case they will participate in, in which they will sue for the emotional damages they have incurred since the photos were published. If the photographer and Closer editor Laurence Pieau are convicted on criminal charges, they could be fined 36,000 euros and spend a year in prison.

I don’t expect this will affect other magazines’ plan to print more spreads, including Chi, and Irish Daily Star, both of whose editors have cited the total normalcy of the images. Of course they are lying since f the images were normal nobody would care to see them.  It is most abnormal to see Kate Middleton’s boobs – that is why the magazines are doing these features.

We’ll have to see how far these criminal investigations reach. As always, we’ll have full coverage here at Celeb Dirty Laundry. Do you think this is a criminal issue or a civil issue – should it really be an issue at all?