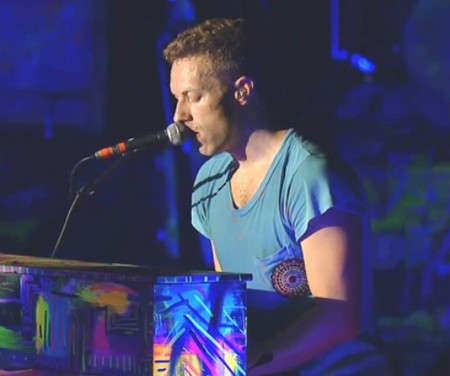 The sad news of Adam Yauch’s death hit home and touched a lot of people – fans and friends alike.  Adam, one third of the famous music group ‘Beastie Boys’ (and who was also known as “MCA”) passed away yesterday from throat cancer.  He was 47 years old.

As the music world mourns his loss, another great band, Coldplay, paid tribute to the late musician Friday night while performing a show at the Hollywood Bowl.  Front man Chris Martin and his band delivered a lovely rendition of the Beastie’s hit classic, “(You Gotta) Fight For Your Right (To Party).”

While Martin spun his own rendition of the song, fans were still moved by his touching tribute.  He invited fans to sing along to the piano-driven ballad, performing it just mere hours after Yauch’s death was announced.  It was quite a moving performance.

Yauch founded the Beastie Boys with his friends Mike “Mike D” Diamond and Adam “Ad-Rock” Horowitz back in 1979.  While originally not taken seriously as a hardcore punk band, the group began experimenting with hip-hop – and with that came their first proper album, Licensed to Ill in 1986.  It was the biggest selling rap album of the decade.  Other albums that followed were Paul’s Boutique, Check Your Head and Ill Communication – further cementing their status as true hip hop rappers.

In addition to his time spent with the Beastie’s, Yauch was heavily involved in the Free Tibet movement.  He is survived by his wife, Dechen Wangdu, and their daughter Tenzin.