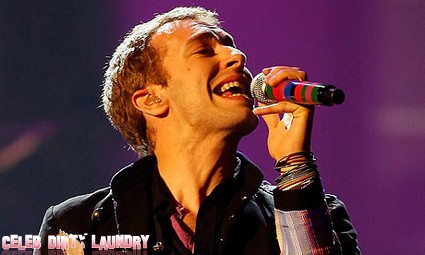 Who was earning the big bucks this New Year’s Eve?  The winner would have to be Coldplay. The English rockers pocketed over $3 million for a gig in Abu Dhabi. They had to perform 12 songs in return for the whopping pay check – that’s about $250,000 per tune. Nice work if you can get it!

The band were special guests of  Sheikh Khalifa – he’s the man who runs the country. The trip to the Middle East was luxury with a capital L. They were given a suite at Emirates Palace and the use of a helicopter to and from the show. Then there’s the dressing rooms at the Volvo Ocean Race where they performed. Each member had their own private space with as much fresh fruit, chicken and vegetable shawarmas as they could eat.

Guests helped pay the fee for the band to spend December 31 in Abu Dhabi. Tables at the event started at $6500. But it’s one of the richest countries in the world so selling tickets was not as problem.

The goodies didn’t end there. The band were also given VIP tickets to see tennis legend Roger Federer play Novak Djokovic at the World Tennis Championship exhibition. No wonder lead singer Chris Martin’s wife Gwyneth Paltrow made the trip too.

As we reported on Celeb Dirty Laundry …New Year’s Eve is a big earner for the stars if they’re in demand. Kim Kardashian was one of the top earners Stateside. She’s pocketed $600,000 for partying the night away in Las Vegas.