Confirmed: Caroline Manzo Will Return to The Real Housewives of New Jersey 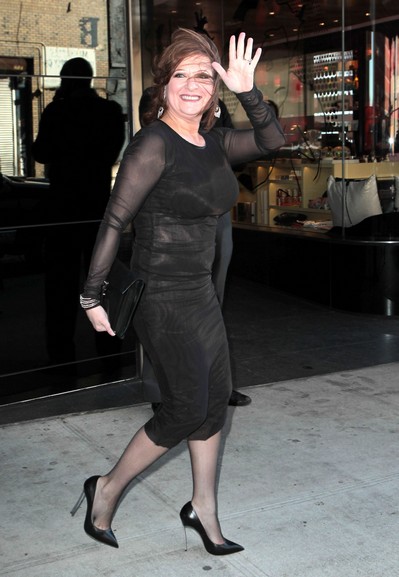 Things are about to get REALLY good over on The Real Housewives of New Jersey. Earlier this week it was announced that longtime villain, Danielle Staub would be returning to the show and that led to rampant speculation that Caroline Manzo would be departing. The 51-year old matriarch of the show was not herself commenting on the rumors but Melissa Gorga stepped up and confirmed to In Touch Magazine that Caroline is staying put.

“Caroline is returning,” Melissa admits to In Touch. “Okay, there you go. Caroline is back and so is Kathy.”

So there you have it. Things are about to get even messier than they already were. Danielle is hated by most of the cast already. Caroline was accused of being a bully this past season and pretty much left her thoughts and emotions out on the table for everyone to see. Then there’s good ole’ Teresa Giudice who I happen to think has systematically dethroned Danielle as the shows’ most hated housewife.
At this point in time, none of these three ladies can really stomach each other and the dissension amongst them is going to make it really tricky for the rest of the cast to navigate through such choppy conversational waters!

I happen to think it’ll be sooner rather than later that Teresa and Danielle will team up against everyone else. They now have something solid in common- everyone else hates them both! Are you glad Caroline is sticking around? Do you think things are going to be as ugly right from the get-go as they were when last season left off? Will Caroline soften up a bit after being called a bully by some of the others? How do you think this season will play out? Tell us your thoughts in the comments below!