Confirmed: Paranormal Activity 4 Is A Go! 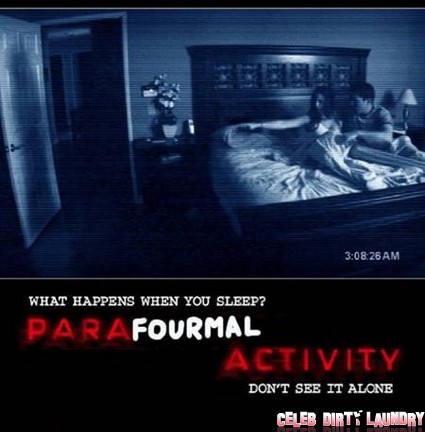 The producers of the Paranormal Activity films have confirmed that a new film is in the works.  No surprise since the third movie was in fact pretty popular and made around $203 million which surpassed the sales of the previous two.

I saw Paranormal Activity 1 in theatres with a couple of friends and I was laughing throughout the whole film.  It was so pathetic, the dull scares, hell I almost walked out because it was so boring.  That was only the first film, the second one was out of the question, there was no way I’d see a sequel full of crap.  So my friends told me about it, they said it was disappointing and that there was only one moment in the movie that was truly frightening, thankfully my decision to avoid it was a good one.

Then the third one came out, and honestly I had no idea it actually was this popular.   I’m incredibly surprised, because one of my friends, a huge fan of the two previous instalments told me that the movie completely lacked a story and he only saw it for the scares.  So I for one hope they don’t make another Paranormal Activity movie.  I really hope it does not go on as long as the SAW movies did. That’ll just be horrible, so I hope this fourth movie bombs and the series just dies off.