Confused and Lost Russell Crowe Rescued by the US Coast Guard 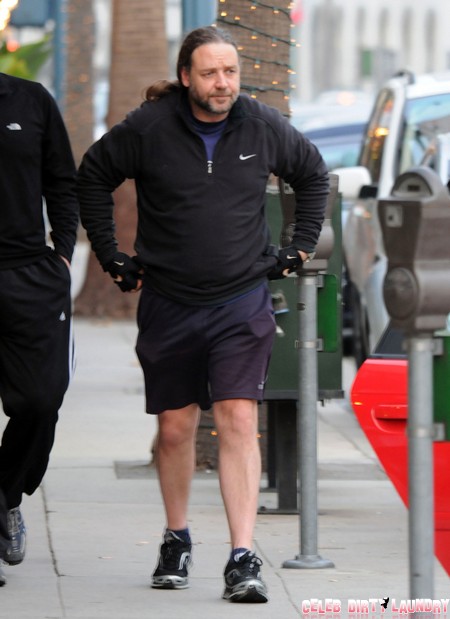 Even film action heroes need rescuing every once in awhile, just ask Russell Crowe.  He and a friend went kayaking out on the Long Island Sound on Saturday and according to coast guard officials, ended up lost!  Crowe and his pal left Cold Spring Harbor earlier in the afternoon and after about 4.5 hours on the water the duo realized they were lost.  As it got dark they beached their kayaks in Huntington Bay, nearly 17km from where they had originally begun their trip.

The US Coast Guard was patrolling the area, and heard Crowe call out to them from the shore at about 10pm, said US Coast Guard Petty Officer Robert Swieciki.  Crowe and his friend paddled over to the boat and the Coast Guard officers pulled them up and, along with their kayaks, gave them a ride over to Huntington Harbor.

“He just needed a little bit of help, he just got a little lost,” Swieciki said. “It wasn’t really a rescue, really, more of just giving someone a lift.”

You would think that maybe Crowe would want to keep the incident under wraps as it might be a tad bit embarrassing, but instead he took to his Twitter a few hours later to thank the guys that helped him out saying,

So nice to see that a Russell Crowe saved is able to be a bit humble and show his gratitude in a situation like this.  It just goes to show, no matter who you are, you never know when you’ll need a bit of help!  Tell us your thoughts on Crowe’s mini adventure in the comments below!