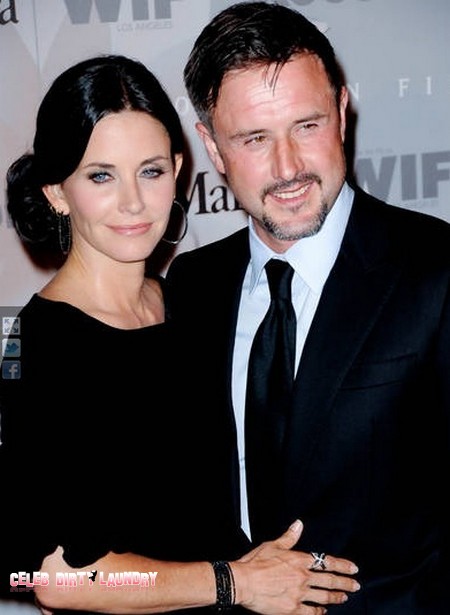 David Arquette has put Courteney Cox through hell with his wild partying and out-of-control addictions. But now with one year’s sobriety under his belt it seems that are getting along wonderfully. Although they are separated, David celebrated his first full year of sobriety by eating dinner with Courteney at Mr. Chow in Beverly Hills last night. We didn’t realize that Courteney was allowed to eat dinner.

David had checked himself into treatment on January 1, 2011 to deal with “alcohol and other issues” and seems to have pulled off some real rehabilitation. It all started to go wrong for David when he split with wife in 2010. They’d been together eleven years and that was when his demons surfaced and he turned to partying and drinking hard.

Previously David said that Courteney ‘broke down in tears’ when he told her that reconciliation between them was no longer possible since he was in love with Christina McLarty. David confirmed to Howard Stern that his marriage to Courteney was definitely over.

In any case the couple separated back in October 2010 but never actually filed for divorce and Courteney certainly looked happy dining with David.