Cruel Elton John Forgets The Boy Who ‘Stole His Heart’ 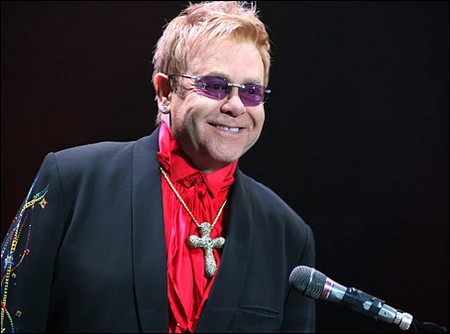 Is Elton John full of crap or is he just heartless? Lev Ageyeva is the Ukrainian orphan that Sir Elton John tried to adopt and sadly the boy is currently living a hard life in a beat up tower block. Lev’s family is surprised to see that Sir Elton has had no contact with Lev, even though he once said the boy had “stolen his heart.”

When the adoption failed, Sir Elton vowed that he would never give up on him. But Yulia, Lev’s grandmother, said that there has been no contact from Sir Elton ever since she became the legal guardian of Lev sometime during February 2011, “We’ve never heard from Sir Elton John, no contacts, no letters, no help, and no presents. We don’t feel hurt or anything like that, please don’t think so. He made my Lev famous worldwide.”

According to the boy’s grandmother, Lev even cries when he sees Sir Elton on TV because he recognizes him.

Lev is turning four soon and has a hard life; his five year old brother is HIV positive, his mother died from drug addiction two years ago and his father is in jail for murder. But, regardless of his hardships, Lev is still able to smile.

Sir Elton and his partner David Furnish are both parents to their son Zachary and they are apparently looking to have another child sometime soon.  Perhaps since Lev’s adoption had no possibility of coming true, Sir Elton decided to sever his ties as to not lead the boy on. It makes sense, but you would think that with all his “gazillions” of dollars that he would at least see the boy cared for financially if he did in fact “steal his heart”.