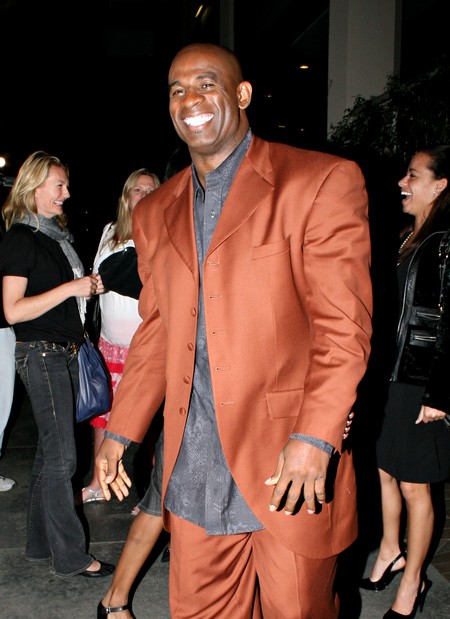 Update in the case of Deion Sanders vs. Pilar Sanders, his soon to be ex-wife.  The judge has awarded him full custody of their children pending another hearing on May 15th. The judge has also ordered that Pilar has to stay 500 feet away from the family home.

This is no joke chicas, she really got herself in trouble. The restraining order was put into place because the judge decided that the injuries that Mr. Sanders suffered while defending himself against her were serious enough so he ordered it. She is a whole box of crazy chicas’.

First her BFF, Dee Boswell, comes out with the story that she filmed Mr. Sanders with a statue standing over Pilar like he just hit her – and also mind you, her BFF was supposed to be recording all of this on her camera phone.

OK so what happened with the camera phone that the police “supposedly” confiscated? I guess not enough information recorded?  Sure, I smell a fabrication!

This couple is a toxic mess – can’t the judge that is deciding this case just do a twofer (two in one) divorce and child custody? If he did that it would certainly be less bad press. Just a side note, does anyone care that the children have to watch all of this going on? Not cool, not cool at all!