Dancing with the Stars All-Stars – Season Premiere Details and Spoilers 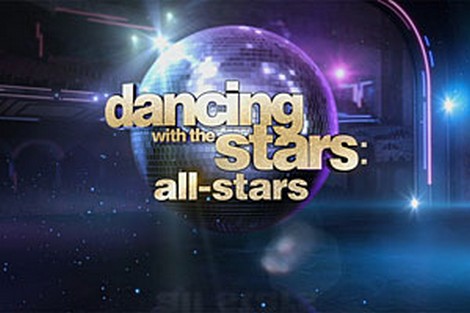 The glam, the glitz and the glitter is about to return to the Ballroom Monday September 24th, 2012 at 8 p.m. ET/PT on ABC for a new season of Dancing With The Stars: All Stars. This season marks the first time prior contestants will return for another shot at the coveted mirror ball trophy for a very special All-Star season. Celeb Dirty Laundry will be covering all the up-to-the-minute details on DWTS all-stars including the all-star cast details, the dancing and the drama.  Make sure to come back to CDL for our live recaps, dance videos, spoliers and reviews -you don’t want to miss a thing this season

On this Monday’s premiere episode all 13 all-star couples will hit the stage performing either the Cha Cha or the Foxtrot to impress the judges and viewers at home, hoping they’re not the first couple sent home.

Some of the competitors have already sounded out about why they decided to come back to take another run for the Mirror Ball Trophy and you can see the videos HERE.

What do you think of the dances the All-Stars will be dancing Monday night?  Do you think either group has an advantage?

On Tuesday September 25th, 2012 the first two hour results show will kick off with live interviews with host Tom Bergeron and the cast.  The interviews will offer an in-depth look at why each celeb has decided to return for another chance at winning the coveted mirror ball trophy.

Justin Bieber and Pitbull will hit the stage musical performances. Justin will performing his second single, “As Long as You Love Me,” from his latest album, “Believe.” Pitbull will also perform on the results show with the primetime television debut of his new single, “Don’t Stop the Party,” from his upcoming album, “Global Warming,” out November 19th.

The result show will open by a performance by pro-dancers of the season and The Troupe to a medley of “I Wanna Dance with Somebody/Dance Again.” The Troupe will return later that night to perform a number to “Go Get It.”

Before night’s end, the season’s first couple will be eliminated from the show.

This season, immediately after each show there will be an original web series called “After Party: Dancing With The Stars” on ABC.COM.

The premiere episode gets the party started with expert panelists Elena Grinenko, ballroom champion and previous “Dancing with the Stars” pro-dancer; Jessica Radloff from Glamour.com; and Annie Barrett from Entertainment Weekly, as well as a special acoustic performance by professional dancer and former “DWTS” contestant Lacey Schwimmer, featuring the It Boys.

Dancing With the Stars Season 15: All-Stars will premiere on Monday, September 24 at 8 p.m. ET/PT on ABC.