BY Robyn Good on March 19, 2012 | Comments: 9 comments
Related : Dancing With the stars, Dancing With The Stars Season 14, Reality TV, Recap 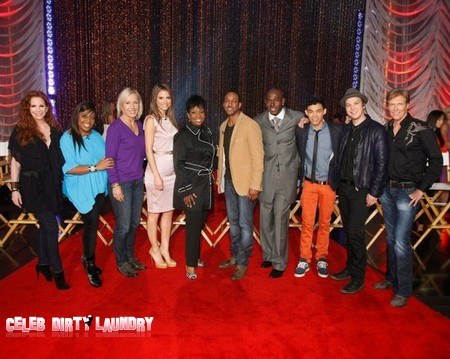 Finally after a long wait the glamour and the glitter returns to the ballroom as a new season of Dancing With The Stars gets started with a two hour episode.  Stand by as we live blog the episode with all the up-to-the-minute details.  Dancing either the Foxtrot or the Cha Cha, the couples will be sure to surprise audiences with exciting performances throughout the evening when they hit the ballroom floor for the first time on live national television.

Do you have any favorites, anyone you are rooting for?  I am rooting for Jaleel White, I use to watch his show all the time he is hilarious!

We will be live blogging the show with all the up-to-the-minute details at 8PM EST so make sure to come back to this spot and watch the show with us. Make sure to refresh often to get the most current update!

Tonight’s recap:  A new season is calling and it is time to get up a dance.  Dancing With The Stars kicks off now.  No one will be eliminated after tonight’s performance.

Len: Nothing can prepare you for the first dance. I thought you coped really well, a little more hip action.  Well done!
Bruno: You’re curvaciously delicious.  Your timing is good and your freehand was good.  You have to open up the sex pot.  You have potential!
Carrie Ann:  I thought you did a great job, a strong solid Cha Cha Cha.  it was excellent!

Bruno – love is in the air – beautifully acted and beautifully done.
Carrie Ann – You just took me to a happy place. I was very impressed, you can act you can sing you can dance
Len – the feel of the dance was fantastic – it had a feel good factor. Your technique is poor, you foot work is haphazard but the feel was fantastic and I enjoyed your performance

Carrie Ann – You are nothing but charisma and charm for days. There was a lot of stuff going on there. I loved it – it as a crowd pleaser. I cannot wait to see you next week.
Len – I thought your attitude was good, you had attack and flair. You were excited and you started to lose timing. Next week is a quick step and you will need control. Don’t let me down!
Bruno – Full impact we got it. You are a diamond in the rough, power like a rooster attacked. The attitude is right, you have the talent you need to refine it!

Len – you coped well with a difficult dance and I felt the routine was good. The Foxtrot lacked musicality. Next week is the Jive and it will suit you more.
Bruno – I thought you had great charm and you interpreted well – you have to learn to link the moves. You stiffened up at the wrong places.
Carrie Ann – You have great musical interpretation – there is a tenderness in your dance. What I think is lacking is when you extend your arms they are hyperextended.

Bruno – Rochon you can go on, and on and on. Laser sharp the beat was never too early. It was unbelievable.
Carrie Ann – that was the coolest spin I have ever seen on a Cha Cha Cha in 14th seasons.  I loved it!
Len – there is no question you can dance. The performance level was high but the technique was low. Too much hip hop and not enough Cha Cha Cha.  You can certainly dance.

Len – I would have liked to see more hip action and shaping in your arm. I thought it was a very ambitious routine and you coped well. Well done
Bruno – it is the attack of the women in black. When you overpowered a move your free hand went out – you have a lot of potential
Carrie Ann you have a lot of potential – I think nerves was going on. It is all about letting it be free and letting go – great job

Bruno – DWTS presents the hottest package of the season – the crowd is crazy about you and you are overdressed.
Carrie Ann – I would like to thank ABC for my job – you can dance – I really liked the way you move.
Len – you captured the spirit of the Cha Cha Cha. Well done!

Carrie Ann – you were so beautiful and so refined. There is something about you I have never seen in you before. It is beautiful to see this side of you.
Len – it was close but not quite there for me – it was too careful. You have to go for it more. You have to wow us more.
Bruno – you have never looked better. You have to learn to extend your move through your arms. You were very elegant and your posture was good. You did very well.

Len you had wonderful musicality I loved the details all that is great – I tell you what that was cracking.
Bruno that was exquisite the style was impeccable -week 1 where will you go from here you are setting the bar high.
Carri Ann – it got quiet when you were dancing I thought there were 2 pros dancing Wonderful!

Bruno – Ladies and gentlemen the legend has the moves – I salute you!
Carrie Ann – There has been some great performance – that one just made me want to get up and dance
Len – well what I love is there is a naturalness about your dance it oozes rhythm and I thought you did a great job