‘Dancing With The Stars’ Season 14 Spoilers — The Alleged New Cast

BY Nicholas Sanford on February 24, 2012 | Comments: 2 comments
Related : Dancing With The Stars Season 14 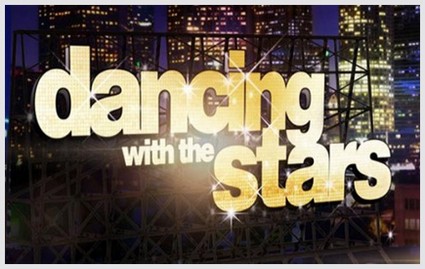 For all you Dancing with the Stars fans out there, we have some spoilers — some fairly juicy spoilers. While we won’t hear who’s on the official cast list until next week, we’ve wrangled up some news that we thought you might enjoy. As of now (again, none of the stars have been officially confirmed), we have a list of stars that we’re confident are going to make it onto the final roster.

And, without further ado, let’s bring in the stars!

Gavin DeGraw: He’s a singer/songwriter who made a big splash in Celeb World news after he was brutally attacked after one of his shows. A friend of his, Ryan Tedder (OneRepublic singer) has confirmed that he will be participating. So, if news from a friend is a valid source of info, then y’all can look forward to seeing him glide across the ballroom.

Ryan O’Neal: Withdrew last season from the competition, but now is allegedly coming back for another shot.

Sig Hansen: Star from the Deadliest Catch — he personally claimed that he will be on the show. That should be an interesting, heavy-footed mess. Or . . . he could surprise us!

Paul “Pee Wee Herman” Reubens: He said that he would love to participate on the show; Perez Hilton has confirmed this news.

Vince Young: A little unsure about this one. He Tweeted that he’d been approached to participate in the show, but then the tweet was quickly taken down. Maybe he decided the show wasn’t for him — or maybe the show’s producers forced him to remove the tweet from his feed?

Guiliann Rancic: Y’all know who she is — reporter/commentator for E! News. There’s a lot of confusion surrounding this one. There was a lot of “they approached her, but she declined, then ultimately she accepted.” So, we think she’s decided to do the show, but, again, we won’t know till the 28th.

UPDATE! The following people have been confirmed by TMZ:  Sherri Shepherd, Jack Wagner, and Melissa Gilbert. How do you all like those names?

We’ve also heard rumors that Kendell, one of the Kardashians, or Bruce Jenner might participate in the show . . . but those are just rumors. For more rumors, why not CLICK HERE. That list reports several big names that I would, honestly, be surprised to see on the show . . . but I’ve been surprised before. And liked it.

Are you excited for the upcoming season? We’ll make sure to post the final roster when it becomes available to us!