Danny DeVito and Rhea Perlman Divorce: Why They Separated! 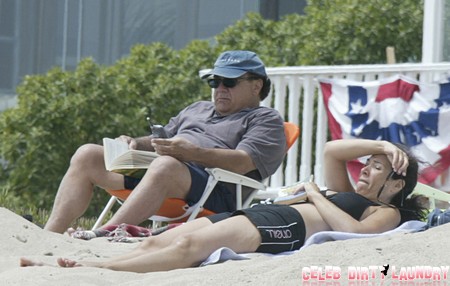 Every once in a blue moon a Hollywood couple confirms a split and it’s absolutely baffling. This morning a rep for Danny DeVito and Rhea Perlman confirmed that the couple has already separated and is living very single lives.  I think they are one of the few couples in the business that you actually kind of forgot about because you never heard a rumble of any trouble! Plus, they raised three kids in Tinseltown where most relationships, not even marriages make it under the standard two years! That alone earns them a spot in Hollywood private life history.

This split is just bizarre because Danny and Rhea have been together forever or at least for 40 years!  They met in 1970 when Rhea went to see an off-Broadway play that Danny was starring in and that was it, the two then lived together for eleven years before finally tying the knot in 1982.

There has been no official reason given for the separation, just a simple confirmation that the brand spankin’ new rumor is indeed true. I wonder what caused them to split after 40 years. You’d think after that amount of time they have already weathered every type of storm imaginable that a relationship can go through.  What do you guys think caused their demise? Is there a third party maybe involved here or are they two people that have grown so far apart that even the friendship aspect isn’t working any more?

It’s sad to see a long-term couple like this crumble and I’m betting a bunch of other Hollywood couples have used them as a reference point in proving that a marriage can last even if you’re in the entertainment business.  What do you think is going on here? Will they maybe decide after testing the single waters that they are better off together? Tell us your thoughts below!