David Beckham And Family Staying In The USA 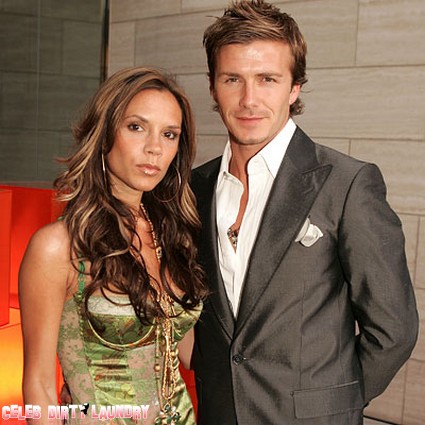 The boutiques on Rodeo Drive can breathe a sigh of relief. Victoria Beckham is not leaving the US just yet. Her soccer superstar husband David Beckham has just signed a new contract with the LA Galaxy. That means he’ll be based in California for at least two more years.

There was talk the pair would move to Paris so David could continue his career on European soil but they’ve decided America is where they want to be. He issued a statement confirming his plans a short time ago…

‘This was an important decision for me. I had many offers from clubs from around the world, however, I’m still passionate about playing in America and winning trophies with the Galaxy. I’ve seen first-hand how popular soccer is now in the States and I’m as committed as ever to growing the game here. My family and I are incredibly happy and settled in America and we look forward to spending many more years here.’

Posh and Becks  – as they’ve been dubbed – have a big family. They have three sons Brooklyn Beckham, Romeo Beckham and Cruz Beckham. And of course who can forget their daughter Harper Seven Beckham born last year. The couple didn’t want to pull their kids out of school to start fresh in a new country. The boys can’t even speak French!

There will also be some very relieved friends of the Beckhams in Tinseltown. David and Tom Cruise spend a lot of time together. While the former Spice Girl and Eva Longoria have been BFFs for a long time.