David Beckham Is The Hottest Dad Ever (Photo) 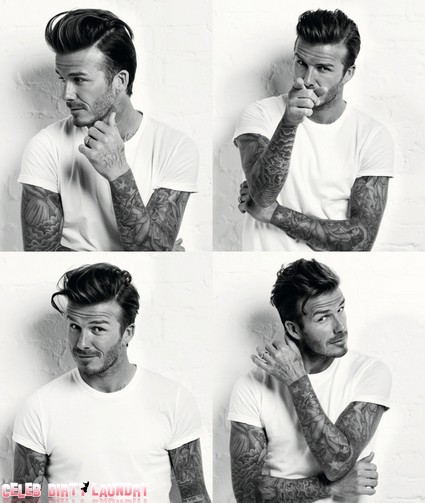 David Beckham would have to be the hottest dad on the planet. These pictures are a sneak peek from the new issue of Men’s Health which hits the stands next week. Victoria Beckham is one lucky girl.

Inside the magazine the 36 year old LA Galaxy star opens up about celebrity, sport and being a father of four. The man once dubbed ‘Goldenballs‘ by his wife says fame has been a by product of his dedication to the game of soccer. ‘I never wanted to be famous. I was never interested in anything else apart from becoming a footballer.’ It worked out well though – he swept a Spice Girl off her feet and almost fifteen years later they have four children together.

Fame has been good to Becks. He’s made big dollars playing in the UK, Spain and now America. But he knows his days are numbered ‘I know what my limits are, what I can achieve and which passes I can play. So that’s been my game over the last few years. I have adapted to my age, different situations and the position that I’m playing in. I still love playing; I still love being part of a team. Right now I’m not even thinking about retiring.’ But when he does hang up the boots there are plenty of opportunities on offer thanks to his killer body and gorgeous smile.He’s already modeled for numerous high end designer brands.

But there’s one more item on his to do list while he’s still kicking goals – compete in the London Olympics later this year ‘I’d like to play for a Great Britain football team because it’s something that hasn’t happened for many, many years. Hopefully I’ll be fit, hopefully I’ll be in form and hopefully I’ll be playing’.