DC Superhero Dwayne ‘The Rock’ Johnson As The Green Lantern?

BY Joanna Mazewski on May 18, 2012 | Comments: one comment
Related : Dwayne 'The Rock' Johnson, Green Lantern 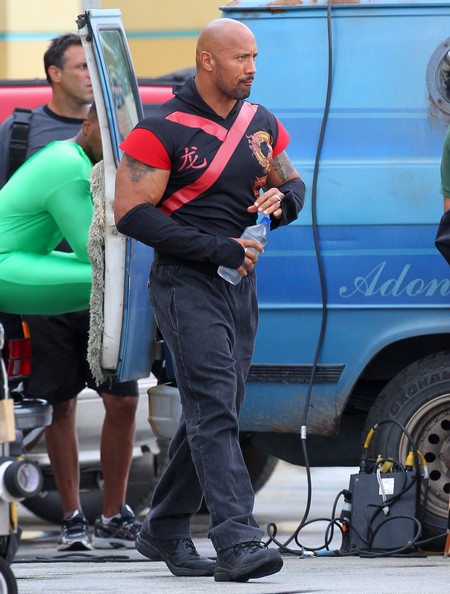 Do you see Wayne ‘The Rock’ Johnson as a DC superhero?  How about The Rock as the Green Lantern?  The littlest comment on twitter can cause a ton of people to assume things or begins rumors which might not be necessarily true.

It’s not official if this could a be a small teaser or anything but The Rock has caused many people to believe that he will be playing a DC Superhero due to replying to a fan on twitter.

It happened today, someone tweeted that he could see The Rock playing a DC Superhero in a movie as either the ‘Gravedigger or Green Lantern. Rock replied with:

The biggest question everyone is wanting to be answered is whether he will be starring in a DC superhero film or not.  Though this could just be the Rock having a little fun with his fans by his commenting that he agrees to his fan, that he could see himself in a DC film.

This won’t be confirmed if it’s official for a while.  But I’ve got to say that Dwayne Johnson would make an extremely bad ass superhero, I wouldn’t really care if he played a superhero from DC or Marvel. The hard part is to find a superhero that would be perfect for Rock, since there’s a lot of superhero’s out there it’s hard for me to single out one that would suit him properly.