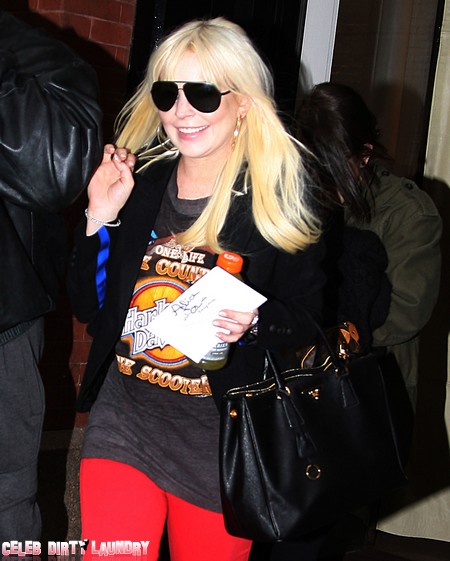 So it’s not just my imagination after all.  I’ve been saying for the past few weeks that Lindsay Lohan’s ‘new’ look i.e. plumped up face, lips and bleached blonde platinum hair – has her looking older than her 25 years.  Speculation has been running high that the troubled actress has had her share of cosmetic surgery, and I’d have to agree.

What’s worse, Lindsay has been recently staying at the Mercer Hotel in New York, also where Blondie front woman Debbie Harry has been staying as well.  No big deal right?  Wrong.  Photographers caught Debbie exciting the hotel as she covered herself under a large hoodie, sunglasses, and with her blonde hair framing her face.  This wouldn’t be out of the ordinary had the paparazzi not mistook her for Lilo.  It wasn’t until they heckled out Lindsay’s name that they realized that it was in fact Debbie Harry.  Debbie is 66.  Ouch.