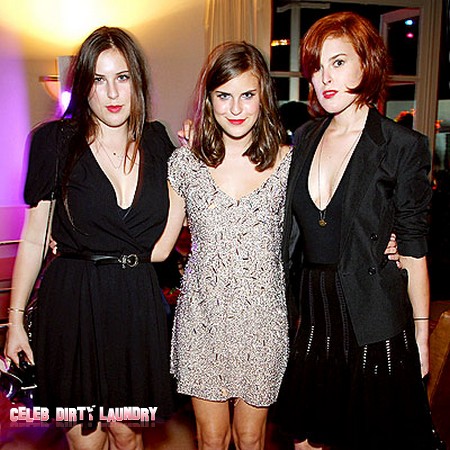 Demi Moore’s daughters Rumer, Scout, and Tallulah might be the three ugliest siblings in Hollywood but to Ashton Kutcher they were beautiful. Poor Ashton not only got tossed by Demi – once she could no longer bear the shame of his affair with Sara Leal, but her loyal daughters followed suit – and have now shunned him as well. According to the ever-reliable National Enquirer, Ashton was begging and pleading for a Christmas audience with Demi and her daughters but to no avail.

All Ashton wanted for Christmas was to be included in Demi and her daughters’ holiday plans but still smarting from their mother’s public shame the fugly Willis sisters said ‘NO!.’ Furthermore they insisted that mom keep the family’s holiday plans secret from Ashton.

The three daughters of Bruce Willis and Demi Moore: Rumer Willis, Scout LaRue Willis and Tallulah Belle Willis were born to the celeb couple before they divorced on October 18, 2000. Since then they have shown no indication that they are the children of two of Hollywood’s biggest stars in terms of their beauty or talent. These three definitely fall into the category of those kids who are darn lucky their parents were born before they were… .

In any case, to Ashton they were ‘family’ and now his buddies report that he’s depressed and miserable because the step-kids have coldly cut him out of their lives… leaving a big gaping hole in his own. Of course it seems that Ashton is reaping the fruits of his own infidelity – what did he expect?