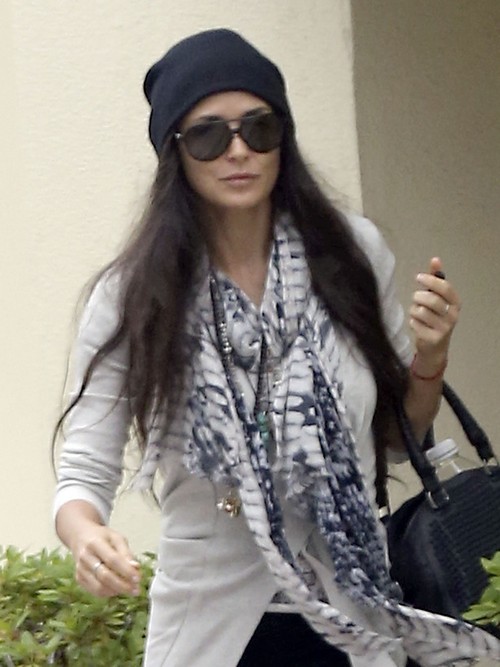 Demi Moore has not been seen in the public eye ever since her 911 emergency call back in January.  The troubled actress reportedly spent some time in rehab where according to her rep she was seeking “professional assistance” to treat exhaustion and improve her overall health.

Following her stint in rehab, Demi was said to be laying low in Turks and Caicos, where she owns property.

According to sources from TMZ, “Moore — who was reportedly vacationing in Turks and Caicos following a stint in treatment — was greeted with a big ‘ol bear hug by a mystery woman who was waiting on the tarmac.   Moore had been off the radar ever since the January 23 incident … when she was hospitalized for seizure-like symptoms after inhaling nitrous oxide at her L.A. home.”

Hopefully she has received the proper care and rest that she needs, as we’d love to see her back on her feet and looking healthy – and feeling happy.

To see more photos of Demi landing in LA go to TMZ here!