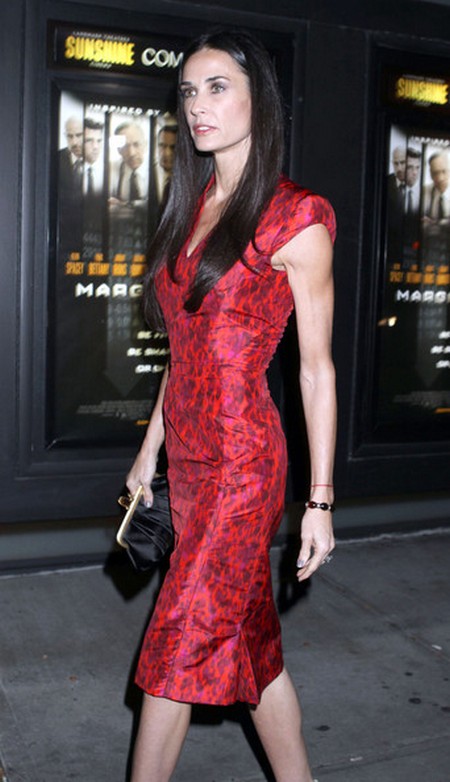 Looks like Demi Moore has found herself a new guy! The star has quietly been seeing New Zealand born actor, Martin Henderson, a man 12 years her junior! The couple was recently spotted on a romantic Connecticut getaway and Life & Style Magazine has all the details- including photos!

According to the magazine, the twosome was spotted at the Nine Main Bakery and Deli in New Preston, Conn.

“She was in line and a Colbie Caillat song came on — she started singing along and dancing in a playful, flirty way. They were very comfortable with each other.” shares a fellow diner. Demi and Martin were also spotted grocery shopping together after lunch before returning to the house that they were staying at.

Also according to Life & Style, “Three days earlier, they’d enjoyed a lobster dinner at a friend’s house, followed by a two-hour hike at Steep Rock Preserve the next morning. Later that night, Demi and Martin, 37, joined pals for a casual outdoor barbecue. “They just kept chatting and laughing,” reports a guest.”

It looks like maybe this new guy will keep Demi’s mind off of her failed marriage and the kids that are rumored to want nothing to do with her, at least for now! Speaking of Martin, does he look familiar to you? If so you may be remembering him from Britney Spears’ 2004 Toxic video.

Is Demi ready to move on with anyone? Will Martin end up being a real catch? Tell us what you think in the comments below!