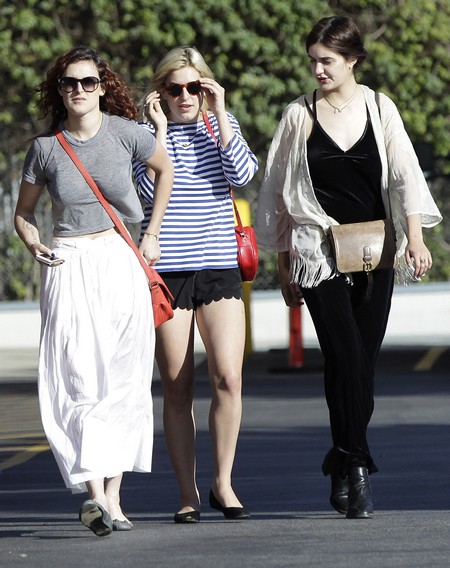 Ashton Kutcher is still causing Demi Moore pain even after she kicked him to the curb when she found out he was cheating on her, but this time it’s his relationship with her three daughters that she finds inappropriate and hurtful.

It turns out Tallulah, Rumer and Scout Willis are refusing to give up their former step-father and it’s driving Demi mad! Demi’s so incensed that the three girls have already cut off all ties with her and are considering a restraining order but Demi just can’t understand why her daughters would want someone who hurt and embarrassed her so much in their lives.

“The girls have all stayed friends with Ashton, and that is infuriating Demi,” a source told Radar Online. “Ashton cheating on Demi humiliated her, and when she got out of the relationship she thought she was setting a good example for her daughters, so when they stayed close to Ashton it devastated her. She doesn’t understand how they could stay close with Ashton after he humiliated her and she’s asked them to stop talking with him but they refuse. Demi can’t let that go and can’t get over it, so she constantly attacks the girls for staying friends with Ashton. They’ve had it with her over that.”

I’ve been pretty vocal about being Team Demi throughout this little family feud. I just don’t feel like the Willis sisters are being as patient and empathetic with their mother as they should be. Couldn’t they ease up with Ashton until their mom’s back on her two feet? It just seems way too soon for them to be parading him in front of her. And he should step off a little too. I know they were a family for a long time, and he probably doesn’t want them to think he’s abandoned them, but if he sees his presence is wrecking the unit, then he should make himself scarce until it can repair itself.

This is a totally new angle though, don’t you think? Demi doesn’t look quite so desperate in this light. It’s not like the source is saying Demi can’t stand Ashton and is seething with jealousy. Instead, the source says Demi tried to set a girl power/feminist example for her daughters and ditched her cheating husband but they didn’t respond in kind. Where’s the solidarity sisters?

Do you think Demi has a right to demand her daughters stay away from their step-father or is she just using her good example excuse to punish Ashton even more?