Dennis Rodman Back In Basketball With Team Of Topless Women 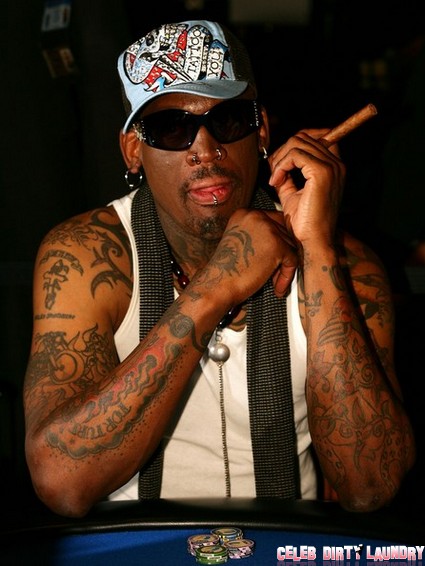 Dennis Rodman is back in basketball as a coach for a topless women’s team he’s launching for Headquarters Gentlemen’s Club – the New York City titty emporium.

According to The New York Post, the alcoholic and former NBA terror came up with the idea after hearing that rival strip joint Rick’s Cabaret had launched a league with former Atlanta Hawk Spud Webb, who runs the Texas Legends, an NBA Development League team. Rodman is even challenging Rick’s Cabaret’s topless team to a charity game.

“I don’t know too many men that don’t like a good-looking woman running up and down around the court,” Rodman told Page Six. Rodman, says he’s been a Headquarters customer for more than 30 years, and is currently scouting for talent. He’ll be holding auditions next week at the jiggle joint for women over 5-foot-10 to join the team.

“You don’t have to have too much experience, just know how to throw the ball into the hole,” said genius Dennis.

Rodman said he also planned auditioning “players” during his appearance at club Paramount last night.  Team members will wear shorts, skimpy shirts and sneakers during games. “They’ll come out in a T-shirt or a tank top, but when the game starts, they’ll go topless,” Rodman threatened.

Is it just me or do you find this to be a gross distortion of women’s rights? Why not have a league where the men play bottomless? Give the women something to cheer about… . Sound off in the comments below.