Despite Claims, Khloe Kardashian is NOT Pregnant! 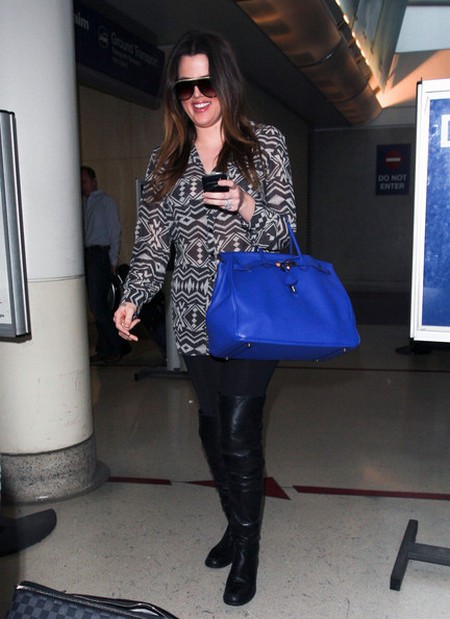 Yesterday the internet went abuzz with news that Reality Star Khloe Kardashian and Lamar Odom were expecting their first child.  What caused the frenzy was a statement that Khloe Kardashian‘s father-in-law Joe released saying: “I got a little news.  I’m about ready to have a grandchild!”

Khloe who has been married to Lamar since 2009 has made no secret of the fact that she wants to get pregnant.  She recently addressed the issue on her reality show Khloe & Lamar saying she wished people would stop asking her if she is pregnant. ‘Maybe when I’m away from all of you stressing me out a baby will come. Everyone gives me s*** about not being pregnant. Stress makes people not get pregnant.’

Last week magazine covers were claiming that Khloe had been pregnant but she had a miscarriage.  Khloe has since denied those rumors.

Despite Joe Odom’s claims a source close to Khloe says the claims are untrue and she is not pregnant.  Khloe has made it clear she wants a child: “It’s so hard. I never knew about ovulation and the limited amount of time that you have to get pregnant. We would love to have kids. “[But] when you have schedules such as ours, it’s really hard to hit that mark. So it’s frustrating, but definitely. I want to have kids.”