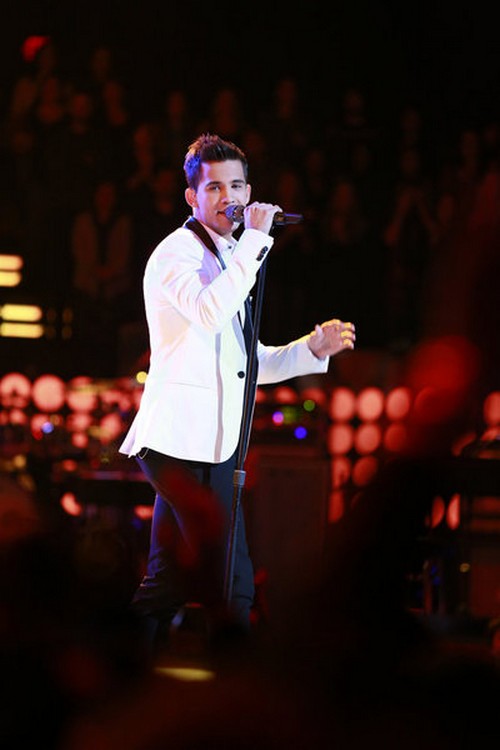 Team Christina Aguilera’s Dez Duron was eliminated from The Voice tonight.  It looks like our poll we conducted today was right, 42 % of our readers though Dez was in jeopardy

On last night’s show Dez Duron took the stage tonight on THE VOICE for his Top 8 video performance.  Dez sang “You Smile” by Justin Bieber.

Judges Comments from last night’s show: Cee Lo “I always give you credit where it is due, it is hard to think that you have done anything else but sing because you are so passionate about it. I don’t think this was your best performance tonight”. Adam “I love the groove you fell into, walking away from something that you had you have to have tunnel vision, I applaud you for turning and not looking back”. Blake “We have always known that you have a star quality, last week was a big deal and you it on something and I am happy that you went there again”. Christina “I understand that you killed it, that song you revamped and made it something so special, anyone else in this competition cannot do what you can on this show”..

His looks were pulling him through the rough spots (like last night) and carrying him week after week. His elimination and Team Xtina’s elimination might seemed to be imminent.  After Dez leaving tonight it means Christina has no more team members.

What do you think, was Dez elimination uncalled for? Was he eliminated before given a chance? Let us know in the comments below.