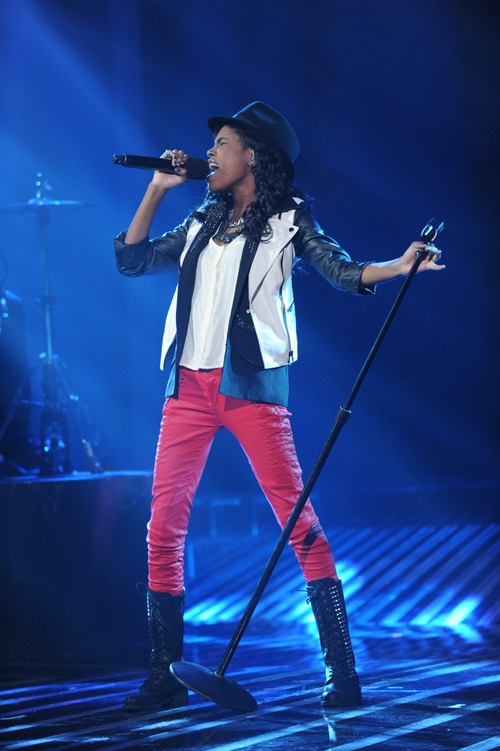 Diamond White  was eliminated during tonight’s Top 6 elimination episode of The X Factor USA.  If you missed the results show and want to see who else was sent home, we recapped it here for you!

On last night, the top 6 finalists had not one, but two, songs to perform in front of our judges, Simon Cowell, Demi Lovato, Britney Spears and LA Reid. They took on the song that YOU, the fans, chose for their Pepsi Challenge performance as well as an unplugged song that were not reveled until show time.

On last night’s show Diamond White – Mentored by Britney Spears – Unplugged: A Man’s World – Pepsi Song: Diamonds – Diamond did the first song during her first audition, but last night, the second time around, she completely blew it out of the water. Diamond’s vocal maturity is incomparable. She doesn’t just sing, she channels, and that makes for a magnificent vocal artist.

Diamond’s second song, the latest Rihanna hit, was just as excellently executed by the young star. As with Katy Perry, it’s really difficult for any artist to take on Rihanna and make it sound believable and current. Diamond was in danger of going home this week, but hopefully her performances will keep her around for a little longer. We can only hope. – OUR SCORE – 10 for first song, 9 for second song.