Did Johnny Depp Hook Up With Ashley Olsen? 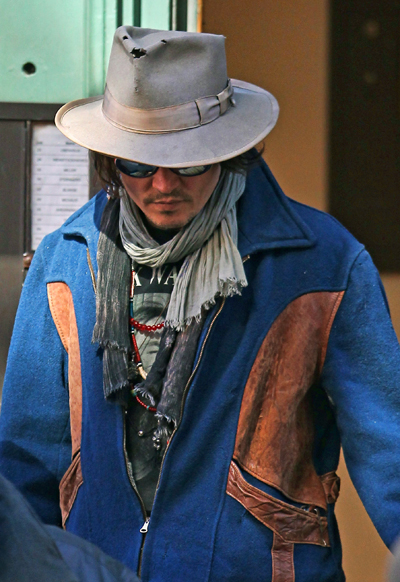 Johnny Depp still hasn’t officially confirmed his split from longtime girlfriend Vanessa Paradis, but that hasn’t stopped the tabloids from pairing him up with other celebrities like actress Eva Green. Supposedly, the 48-year-old actor’s latest conquest is none other than Ashley Olsen!

According to Intouch Weekly, Johnny was seen arriving at the 25-year-old fashion mogul’s loft in New York, and then the following day, he was spotted trying to sneak out undetected via an office building connected to her residence.

“An e-mail went around to the employees saying Johnny Depp was using our building to try to avoid paparazzi,” said a source who works in the building.

And although Ashley is known for throwing “wild, all-night parties” at her home, the night that Johnny stayed over things were suspiciously silent at Chez Olsen.

Hmmm…Readers, what do you think happened between Johnny and Ashley? Related: Johnny Depp Is Just Too Much Man For Vanessa Paradis