Did Kristen Stewart Flirt With Justin Theroux While On The Break From Robert Pattinson? 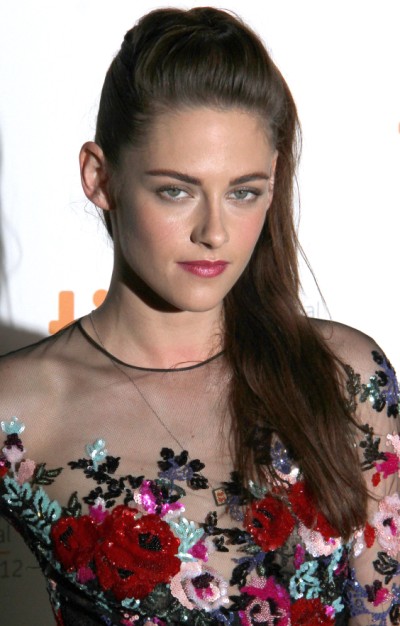 You can’t expect a girl to just wait around by the phone can you? Robert Pattinson left Kristen Stewart hanging for a couple weeks there after he found out she liked her men older and grosser. What’s a trampire supposed to do tabloids? Oh, right, try to steal another man… from the world’s most famous discarded woman of course!

Star magazine alleges that Kristen threw her hot feminine wiles in Justin Theroux’s face earlier this month at the Chateau Marmont. Apparently, Jennifer Aniston’s fiance was there with a friend who soon escaped to let Kristen and Justin get on like gangbusters for everyone to see! Kristen “reportedly laughed continuously at his jokes and at one point even touched his hand. It was kind of surprising to see, but she seemed completely relaxed,” an eyewitness said.

Yes! Kristen Stewart is officially Angelina Jolie 2.0. People have been trying to make it happen forever. There were talks for her to be in the Wanted sequel because apparently she impressed people with her physical stunts in Snow White and the Huntsman. Ah… what physical stunts? I saw her ride a horse, fall over a few times and run into branches. I do that every time I take my dogs for a walk – horse included. I’m more impressed by the physical stunts that happened in the Mini Cooper after the movie wrapped. So I’d say she’s got a long way to go before she reaches Angeline Jolie-level of stunts which include flying, saving the world’s orphans and rescuing seemingly content husbands from their wives.

But is this why Jennifer Aniston is keeping Kristen close? Now magazine is on the Angelina 2.0 bandwagon and reports that Jen and Justin met Robert at an Emmy after party and fell in love. Justin and Rob bonded over motorbikes so now Jen wants to double date with the reconciled couple. New friends!

I hesitate on believing any of this but like to pretend it’s true because it’s just more fun that way. Would Kristen really join Jennifer’s circle of friends? I doubt it. They like bikinis and margaritas too much but they might get her on smoking weed. Kristen has been known to indulge. But still… is this Jennifer being friendly or keeping her man and his newest flirting partner nice and close? This isn’t Jen’s first rodeo. She knows what’s up. She’s older and wiser now. Do you actually believe Jennifer would let another man slip out of her hands? I think not. Justin Theroux is locked in and he ain’t going anywhere. It’s fun to image the scenario though. Even Angelina would have to approve of the moxie on the kid. Well you have done, my young Padawan.

Would Kristen Stewart flirt with another older dude if she was desperately trying to get Robert Pattinson back?