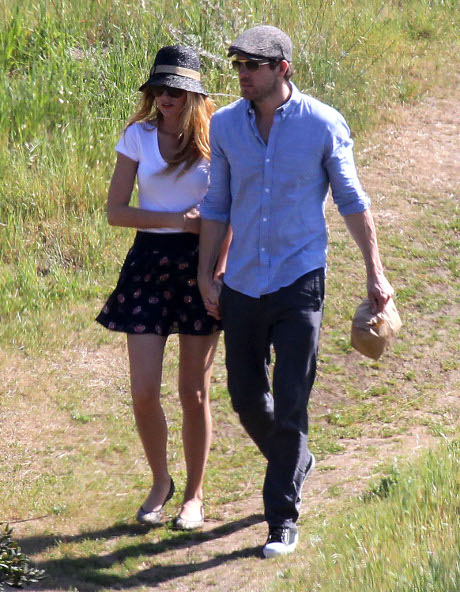 Ryan Reynolds and Blake Lively are a pretty married couple now, and already rumors of romantic turmoil are spreading across the fields of the Celeb World like wildfire. Blake Lively is perhaps most known for her role on the CW’s Gossip Girl, which is filled with teen drama and ridiculous angst, some of which seems to be spilling over into the real world. Apparently, Star Magazine reports that Ryan Reynolds went insane after seeing pics of his wife and her ex boyfriend, co star Penn Badgely, kissing and hugging while at a Gossip Girl wrap up party.

According to the tabloid, the pictures “proved too much for Ryan to handle,” and an inside source claimed “[Reynolds] and Blake got into a huge fight about her being so touchy with Penn.”

“Ryan told Blake that he broke off all contact with Scarlett Johansson after they split, and he expects the same from her. She doesn’t see it that way, though; she still cares about Penn as a friend, and she’s not back down,” the source continues.

Now, let’s do some rumorage control. Gossip Cop, our trusty source that debunks any and all rumor, says that this story is completely untrue. And, you know what, we believe them! Ryan Reynolds seems like a chill guy, and I don’t think he would fly off the handle after seeing Blake give a simple hug to her co star. C’mon, people, just be happy for the couple. A friend close to the couple says that the story is completely untrue and another source says that the claim is preposterous and “ridiculous.”

What do you think about this claim? Do you believe it, or are you on our side and think it’s just a bunch of babble?