Did Zac Efron Wear A Condom For His Sex Scenes With Nicole Kidman? 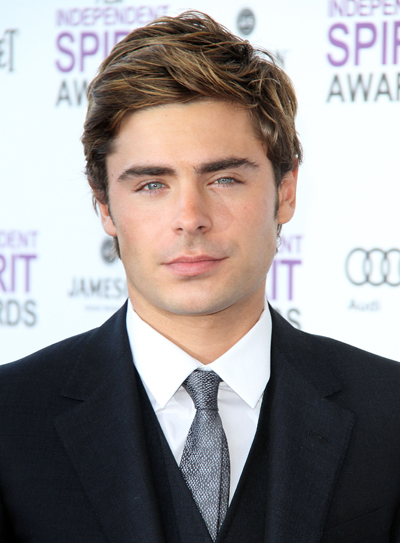 Zac Efron sure knows how to sell a movie as he makes sure that everyone knows that his on-screen sex with Nicole Kidman in The Paperboy was practically orgasmic.  What we really want to know is if the self-styled stud wore a condom for the scenes?  Zac says: “It was everything you dreamed of. She was such a lovely person. I pinch myself everyday, especially after doing love scenes with Nicole Kidman. It was the highlight of my life.”  He pinches himself everyday… barf… are we really supposed to believe this ham?

This is the same showboat who intentionally dropped a condom out of his pocket at the red carpet premiere of The Lorax to impress Nicole…  As if that jejune action would impress anybody?  The young actor recently completed filming The Paperboy alongside Nicole and made his opinions of the well-established actress crystal clear:

“Nicole is so gorgeous.  “Nicole was something else and was always in character. She didn’t get weird method, like some actors do, but I have never seen anyone so centered.”

While the actor seems smitten with Kidman, the busy wife and mother is clearly unavailable for anything besides work – now if he needs the company of an older woman there is always Demi Moore.  Efron, who has previously dated Vanessa Hudgens and Lily Collins, did volunteer some of the things his future wife must possess. When speaking to the television show Daybreak he said the following:

“My wife will have a sense of ambition and a sense of freedom, which is a careful mix. You have to balance those two. I haven’t exactly found it yet.”

Zac Efron is enjoying a fabulous box office showing with The Lucky One.  The film earned more than The Hunger Games this past week.  Pretty impressive for the former Disney star, wouldn’t you say?