Disgusting Reports Of Jennifer Lawrence Being ‘Too Well Fed’ 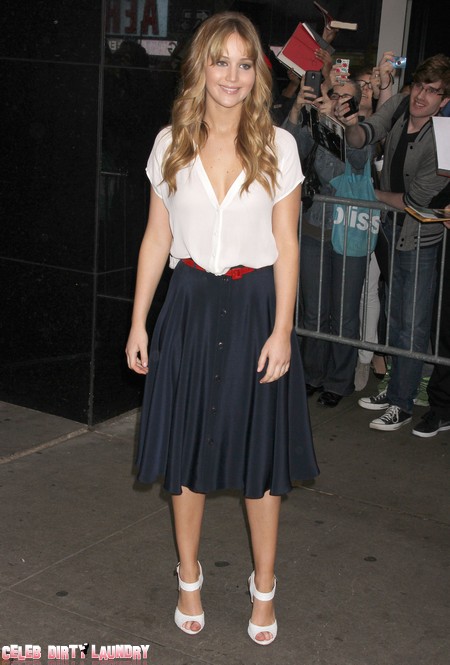 Suffice it to say I am definitely NOT alone in saying that the recent article I came across in the New York Times really, really irked me.

The magazine insinuated that Jennifer Lawrence’s body was ‘too big’ for her to accurately play the role of Katniss Everdeen in The Hunger Games.  Before I add my two cents – and you better believe I will – I shall state that her character in the film, adapted from the novel by Suzanne Collins, comes from the post-apocalyptic nation of Panem, where participants in the society are ‘loosely’ depicted as skin and bones teenagers clawing for survival.

First of all – do you UNDERSTAND the direct message that is being said?  Jennifer Lawrence – and I’m just going out on a limb here – probably had a waist size of 1, maybe 2 in the film?  I feel like bringing that up is horrible, as her ‘waist’ (or her height, the color of her hair, the strength of her biceps, the circumference of her ankles…) does not define the character OR the actor.  When an uber-skinny model portrays a strong and tough action star, why is this not questioned?  Anyone seen Angelina Jolie in ‘Salt’?  Just saying..

I’m so over talking about a ridiculous topic such as this.  Jennifer Lawrence’s amazing acting talent, physical strength and skills allowed her to completely embody her character of Katniss.

That’s all I’ve got to say about that. Jennifer, should you ever read this, I know I speak on behalf of many of my gorgeous friends – you rocked it, and you constantly rock.