Disneyland On Strike Over Sexual Harassment

BY Joanna Mazewski on May 19, 2012 | Comments: Leave Comments
Related : Disney 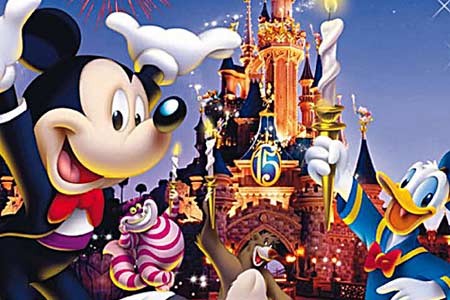 At Disneyland Paris a sexual harassment situation has a strike as many of the employees are seriously riled up. The cause of this is that the Park allowed an employee who’s been accused of sexual harassment to work once again because they feel that the evidence was too small against them.

This completely pissed off all the workers at the park, causing them to protest against it using a strike but that’s not all that they’re protesting about they took the chance to also to do it for their low wages too.

It’s extremely sad to see this happening since it mostly affects the children who’ve always wanted to go to the theme park and meet their favorite Disney characters in person.

The workers will have their say, “We are all hugely professional, but have every right to go on strike if we believe that someone who should not be here is working alongside us. We also object to low pay.”

Personally, I think this is horrible, especially for the children, if the workers are truly protesting because of a sex offender working amongst them. I wouldn’t care if it was a little evidence or a lot, I wouldn’t want that person near my children. As for their protesting about the low pay, it’s disgusting that Disney does not take care of their employees properly, after all it’s not like it’s cheap to take your kids there.