Does Adrienne Maloof Have an Open Marriage? 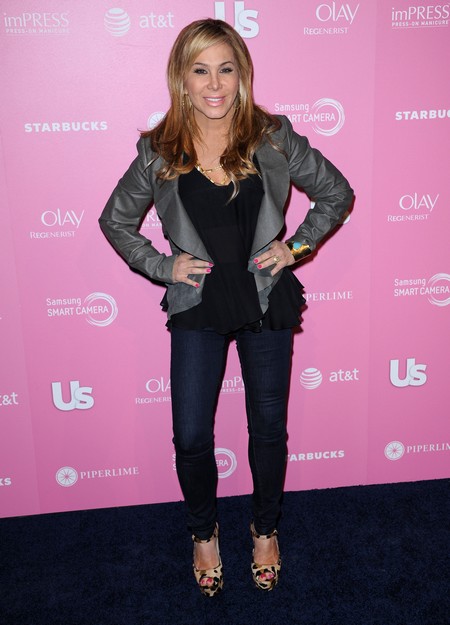 Back in February, Crazy Days and Nights posted a blind item about one of The Real Housewives of Beverly Hills which, among other things, read: “Specifically, friends of the couple have been hinting that the couple have an open marriage and that the husband complains he has not had sex in years and that the couple, who do have children might not have actually had natural conception, especially considering the wife’s age and the age of the kids.”

The blind item was later revealed to be about Real Housewives of Beverly Hills star Adrienne Maloof and her husband, Paul Nassif.

Adrienne has yet to confirm or deny these rumors, which has lead some to speculate there is truth to these rumors because Adrienne is normally one to address any rumors and gossip about her, so some see her silence as a confirmation that the rumors are true.

Celeb Dirty Laundry can not say for sure whether or not these rumors have any truth to them, but on last season’s Real Housewives of Beverly Hills, Adrienne revealed that she and her husband had not held hands in “years.”

On the show, the couple are always seen engaging in light bickering about everyday things, such as Adrienne complaining that Paul drives too fast or that his sneakers make too much noise in the house, but their fights are generally seen by fans as humorous and trivial, at worst.

However, in a November issue of Star Magazine, a friend of Paul Nassif echoed similar sentiments as the above blind item. “Things have not been good between them for a while,”  the friend of Paul revealed. “He says they haven’t had sex for ages.”

According to his friend, however, Paul had no intention of seeking a divorce because he did not want to give up the lavish lifestyle that Adrienne (who has grown up wealthy) provides. “They just try to have very little to do with each other,” said the friend.

What do you think? Do you believe there is any truth to these rumors?