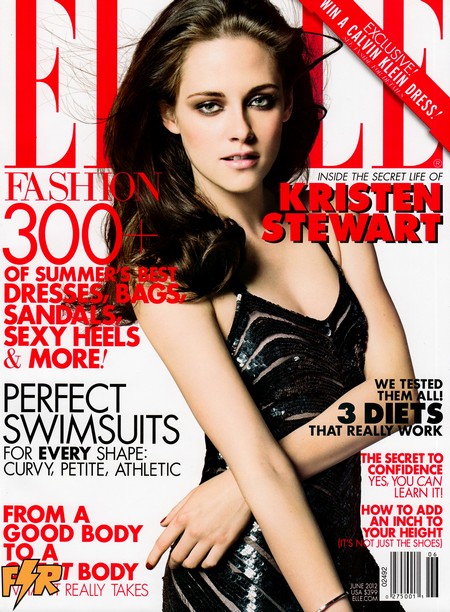 Chins are always wagging about the status of Kristen Stewart and Robert Pattinson’s relationship.  The actress wears a gold ring on her index finger that has raised quite a few eyebrows and in the June issue of Elle, she sort of addresses the subject.

“Everybody wants to know,” she says about the ring. “Everyone already knows — it’s ridiculous.”

What exactly, does everybody already know?  Speculation has run the gamut.  It’s kind of a no-brainer that these two are quite serious.  Is the ring a symbol of engagement? Is it just to symbolize a commitment has been made between the twosome? Of course wearing a ring from Robert is more positive than Kristen calling the stud ugly.

There are those Stewart and Pattinson diehard fans that believe they’ve already married.  Then of course there’s the other side- those who believe there is no off-screen romance whatsoever.  Such notions are the product of over-zealous twihards’ imaginations.

While Stewart never fully confirms things about her private life, this much is known.  The ring holds special significance.  The only other ring worn by the actress with any regularity is a silver spoon thumb ring that her entire family also wears.

Are Stewart and Pattinson engaged or already married?  Tell us what you think in the comments below!