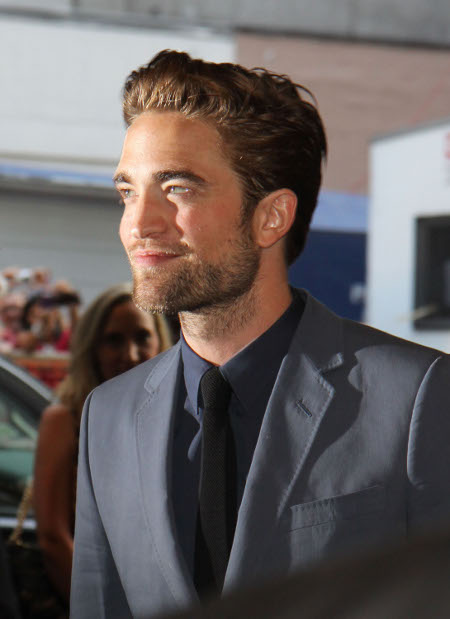 Robert’s new movie, which will have an exclusive run at only six cinemas, is directed by David Cronenberg — an influential filmmaker who’s known for his eccentric sci-fi movies that tend to blur together both the psychological and horrific natures of the human condition.

Paul Giamatti, who’s also in the film, jokingly said, “[The film is] kind of a science-fiction-psycho-sexual-thriller-black-comedy-satire . . . it’s one of those. Kind of like the Twilight films.” In other words, it sounds like nobody in the world has a clue as to what it’s about — not event the actors. Whatever it is, I hear it’s incredibly trippy. Despite the film’s limited release, it received much praise at the 2012 Cannes Film Festival and continues to intrigue critics.

What about you? Are you eager to see Cosmopolis, or are you more eager to find out what happens with the whole Robert Pattinson and Kristen Stewart situation? For some reason I have a feeling you’re less concerned about his new movie and more concerned about the affairs swimming around in the Twilight kingdom. Hit up the comments below and leave us some of your thoughts.