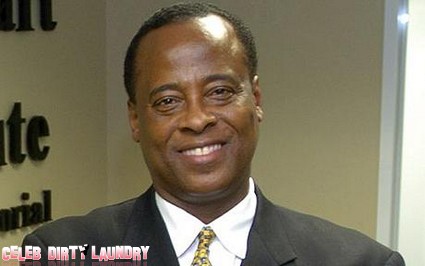 There’s another twist in the Michael Jackson case. Dr. Conrad Murray is now asking the Judge in his criminal case to deny the King of Pop’s  family full restitution  – according to TMZ – on the grounds the superstar caused his own death.

Legal documents were filed in LA on Monday by Murray’s lawyers. They’re asking for evidence the defense never received during the trial. The evidence could show the father of three self-administered the fatal dose of Propofol. This case just keeps on going…

Michael Flanagan – the Doctor’s lawyer – reckons the victim’s responsibility for his own demise should be taken into account before restitution for the family is worked out.The prosecution wants big bucks for the Jackson family. They’re asking for $100 million dollars. The Judge is yet to decide on the exact figure. So – if the Judge decides the Peter Pan of Pop was 25 per cent responsible for his death – the total restitution figure for the famous family would be reduced by 25 per cent. That could equate to a big pay cut.

Because Dr. Conrad Murray has a conviction he can only argue he’s partly to blame. He wants it shown on the record that the singer did ultimately contribute to his untimely death.

The legal proceedings are never ending for Murray and his representatives. Last week it was announced French fans were suing the Doctor for emotional damage they suffered following Michael Jackson’s death. The case will go before the Courts in April. Fans say it’s about justice, not financial compensation.