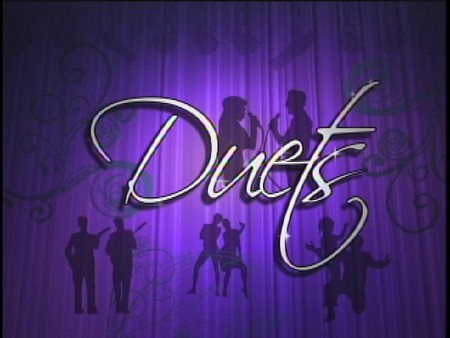 There will be no cheesy chairs that turn around, no judges hiding behind a desk sipping on Pepsi. On “Duets”, the show’s judges, Kelly Clarkson, Sugarland’s Jennifer Nettles, John Legend, and Robin Thicke will all join contestants on the stage and sing along with them. Lionel Richie was slated to be one of the judges, but dropped out because of a scheduling conflict.

Former American Idol winner, Kelly Clarkson is really excited about the show and with sharing her wisdom with contenders, here’s what she told CNN, “Particularly for me, the chance to be able to do ‘Duets’ [is exciting] because whenever I did ‘Idol,’ like 10 years ago, I could have really used somebody helping me. And I could have really used the advice, and just the savvy, the business savvy of it all, and I didn’t have anything like that. So I think that it’s very cool to be able to do that for these two contestants that I have, [and] I love them both.”

This may be all new for ABC because they have never had a successful singing competition having failed not once, but twice with “The One” and “Karoake Battle USA”. The real question here is, does Duets have enough to beat out “American Idol”, “The X Factor” and “The Voice.”

In “Duets”, the four judges will search America for new and undiscovered talent worthy to be their proteges. Each Superstar will pick two hopefuls to be their duet partners. Together, they will take the stage every week to perform for a live audience.

Only one duet will be the ultimate winner at the top of the charts and the protege will win a recording contract with Hollywood Records.

SPOILER: The very first person Kelly performs with is Jason Ferrell and they perform “Poison and Wine”, check out the video below.

Hosted by Quddus (“Total Request Live”), “DUETS” premieres May 24th at 8pm. Don’t forget to come back to Celeb Dirty Laundry for our full awesome recap when we will be live blogging the show with all the up-to-the-minute details.

CDL “is” your one stop shop for all reality TV and television series recaps.