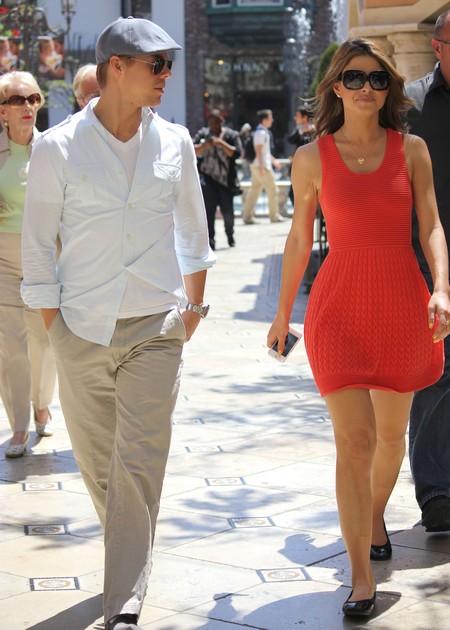 Last week on ‘Dancing With The Stars’, TV host Maria Menounos planted her second kiss on professional dancer, Derek Hough. If you missed any of the episode, you can read the full recap HERE and watch the video HERE. The two gracefully danced until midway through their performance when Derek took off his shirt, which proved irresistible for Maria who grabbed his face and planted a big KISS on him.

Now, if there is any gossip out there about these two being romantically involved, then it is completely false because Maria’s kisses are first passed by her boyfriend, Kevin Undergaro, before she is even allowed to kiss her partner on the dance floor. This would definitely rule out any romance, the kisses are simply platonic lip locks and Maria is thankful that her boyfriend understands, “Derek’s not the first other man I’ve kissed, because between movies and TV shows, it happens. I have the most understanding boyfriend on the planet, I mean, I asked permission first, too, so that helps.”

Now it really helps that Maria’s boyfriend is also very understanding, “It’s the same as if she were acting in a movie, it’s a role. I’m fine with it, I promise“, he told Life & Style Weekly.

This whole “kissing thing” leaves me with one question, when Maria called Derek a “great kisser”, was it true or just acting? Well the scene was so steamy that even judge Bruno Tonioli said, “Do you want me to get you a room? Can I join in?”, I have to think it is true!.