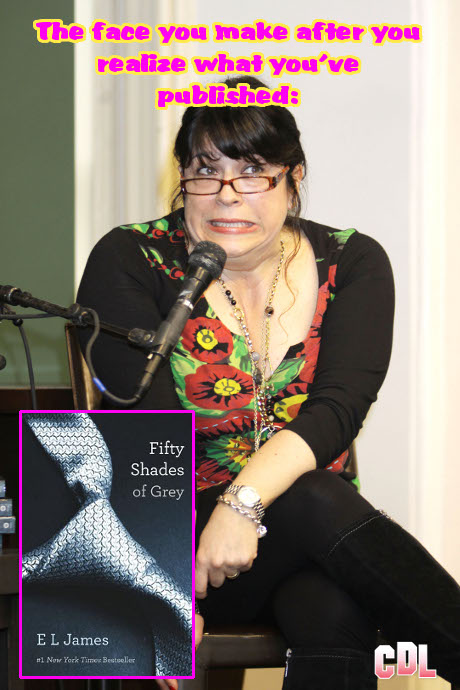 Fifty Shades of Grey has been turned into a musical parody! Believe it, will you? Spank: The Fifty Shades Parody will have a three week run at Chicago’s Royal George Theatre, beginning November 28th, 2012. The production quite clearly states that it is “not associated with, nor authorized by author E.L. James or publisher Vintage Press.” Spank premiered earlier this month in Springfield, Ma.

The farcical send-up was written and directed by Jim Millan, who has a string of productions under his belt, including The Kids in the Hall, Larry King Standing Up, Marijuanalogues with Tommy Chung, and Mythbusters Live. The Just for Laughs Group and Mills Entertainment will co-produce this highly anticipated parody. The producer, Michael Mills, described the stage play as “a laugh-filled evening that captures all the escapist fun and absurdity of the novel.” Absurd, indeed!

Fifty Shades of Grey, written by British author E.L. James, owes its infamy to the middle-aged female demographic. The sexual escapism is cleverly outlined in the strong lead characters of Anastasia Steele — a 22-year-old lustful college graduate — and Christian Grey — the titular business magnate that satisfies his lust with bondage, dominance, submission, and sado-masochism. The trilogy will soon be turned into a new Hollywood film franchise, with a string of male/female leads already touted to become the lead characters.

The latest comedic send-up might be worth a watch, especially if you’re into SNL (Saturday Night Live) humor. What do you think? Will you go watch this? Let us know your thoughts in the comments below.