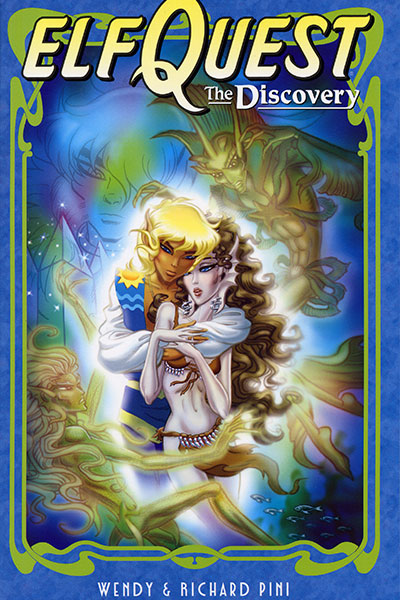 It’s a tragic day for fans of the comic books The Goon and Elfquest, both were supposedly to have a movie adaption but that will no longer be happening. They could be up for an adaption somewhere in the next couple of years, but who knows?

David Fincher optioned the rights to the movie “The Goon” to Eric Powell’s comic book “The Goon”; they were going to make the film CG animated with Blur Studio. Both Paul Giamatti and Clancy Brown got the roles of voicing the main characters in 2009, we were given some sneak peeks of the film – like images, footage and other stuff, but then nothing happened.

Both Fincher and Blur Studio have been trying to get this movie made for quite a few years but have had no luck so far, with Giamatti’s words it looks like there won’t be a film adaption for “The Goon” any time soon. “I have no idea what the hell happened, I guess they just ran out of money”.

Now to move on to “Elfquest”, this film adaption has been in the works for decades, due to them being in an excruciating development hell. It was first an animated film in 1981; the film has suffered many stops, starts and changes over the years. Warner Bros. has been working on the latest start of “Elfquest” with Rawson Thurber writing, directing and producing it. This new start-up of the film was just brutally murdered by Peter Jackson’s The Hobbit. To be honest I’m not that sad about this as long as The Hobbit is still up and going I’m incredibly happy.

Comic co-creator Wendy Pini wrote on Facebook that the reason why the movie wasn’t going to be made was because they didn’t want to compete with The Hobbit.