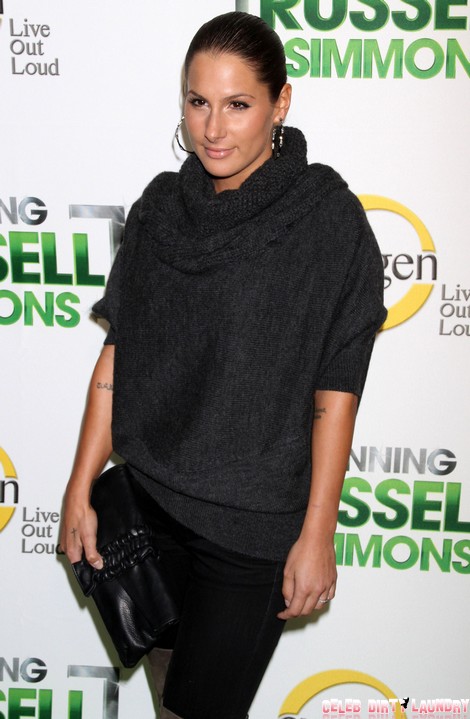 It seems that dreams can really come true. Former call girl Ashley Dupre, who was famous for being a client of disgraced New York governor Eliot Spitzer, is not only getting what every girl dreams of, an engagement ring and a baby. Too bad we still think of Dupre as a call girl, not a soon-to-be mother and wife.

“On the record, yes, I can confirm I’m almost seven months,” Dupre, 27, excitedly told The New York Post. “I can’t tell you when the wedding date is just yet.” And who is this lucky groom-to-be? His name is Thomas “TJ” Earle – an asphalt magnate whose family runs the road construction outfit “The Earle Outfitters” and already divorced once.

Earle himself was married at the time when he was first getting to know Dupre by something any stand-up married guy would do, cheat on his wife. Both Dupre and Earle shared a drunken afternoon “drinking, dining, shopping and snuggling in limos” shortly after it was reported that Dupre brought down Spitzer in a hooker scandal that ended his political career. Since that time Earle and his wife split up.

“TJ and his wife divorced over a year ago,” Earle’s lawyer, Mitchell Ansell, said. “They divorced amicably. She has moved on, and he has moved on. There’s nothing scandalous. No one’s running around,” Ansell said. “Ashley is pregnant, and TJ and Ashley are planning on getting married.

Since he resigned as governor in November 2007 following an investigation, Spitzer, 53, has since become a regular columnist for Slate, and following a brief stint on CNN he is now the host of Current TV’s political talk show Viewpoint of Eliot Spitzer. He remains married to his wife, Silda Wall Spitzer, and the couple has three children. Amazing that Spitzer’s wife decided to stay him, if I was in her situation there would be no way in hell I could ever get over that blow and then explaining it to your children (although Spitzer has a lot more explaining to do).

“We’ve all moved on and are doing great,” Dupre said. “Everyone is looking forward to the future.” It’s good that Dupre is doing well. I guess all I have to do is become a high paid call girl, screw around with a governor and then I’ll be able to get a job at the New York Post and strip naked (again) for Playboy to find Mr. Right.