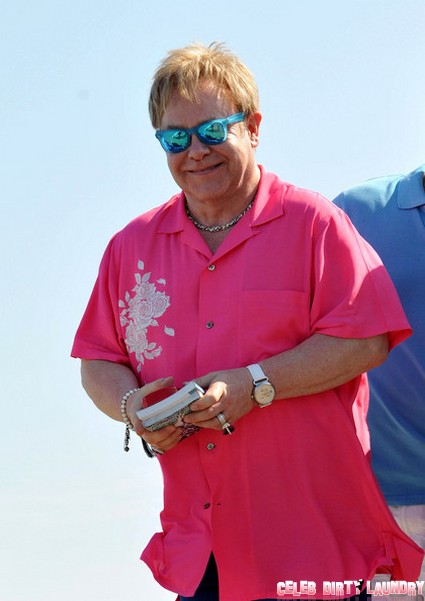 Elton John recently spoke to the Los Angeles Times about the exciting year ahead of him. Aside from a new album release and a busy family life with his son Zachary, John is also working on a “surreal” biopic film about his life with hopes that Justin Timberlake will be available to play the lead role.

John, 64, told The Times, “#1 on my wish list is Justin Timberlake, because he played me before in a David LaChapelle video of (Elton classic) ‘Rocket Man’ and was superb.”

Timberlake may actually be into the role as he has been working hard to get his acting career off the ground. He recently starred opposite Mila Kunis in the Rom-com “Friends With Benefits” and with Amanda Seyfried in the action flick “In Time.” Of course, his most famous role to date was playing douchy Napster founder Sean Parker in the Oscar nominated film “The Social Network”.

About the film, which is being written by “Billy Elliot” creator Lee Hall, John said, “It’s going to be a surreal look at my life, and not just a factual look at my life… I just don’t want it to be a normal biopic because my life hasn’t been like that.”

We know Timberlake has the musical chops and quite possibly the acting chops, but he may need to call up his N’Sync buddy Lance Bass to work on some of the… finer points of playing the music legend.

John currently lives with his husband David Furnish and one-year-old son Zachary—the couple used a surrogate—who he described as the “light of our lives.” The family splits their time between L.A., Britain, and the South of France.