Elvis Presley’s Crypt is For Sale! 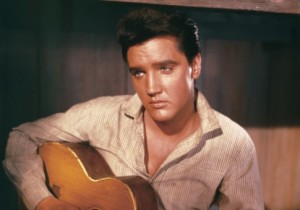 Celebrity auctioneer Darren Julien is known for his unique celebrity auctions and offering up Elvis Presley’s crypt may be one of the most unusual. But I can bet you that there is a crazed fan out there who would dish out the big dough to be the owner of the tomb that lies inside of the Forest Hill Cemetery in Memphis, Tennessee.

Now before you get too excited, no, Elvis is NOT in this tomb, but he used to be buried in it which means his DNA is most likely inside of this tomb.

According to NY Daily News,

Presley was interred there alongside his mother, Gladys, after he died Aug. 16, 1977. Two months later, they were re-buried at his Graceland home. The original crypt has remained empty ever since.

Unfortunately if you haven’t been saving up for something like this, you will have to run to the bank to see if you can get yourself a large loan since it may take a few weeks to process. yStarting June 23rd, you can bid on the chance to win the crypt AND a memorialization inscription AND use of a chapel for a committal service. Unfortunately you will have to dish out additional dollars for transportation AND funeral home charges. From what it sounds like you need to use this crypt as soon as you get it. I guess if I was an Elvis Presley fanatic I would ask if I could put it on layaway for like 40 years or so or make payments.