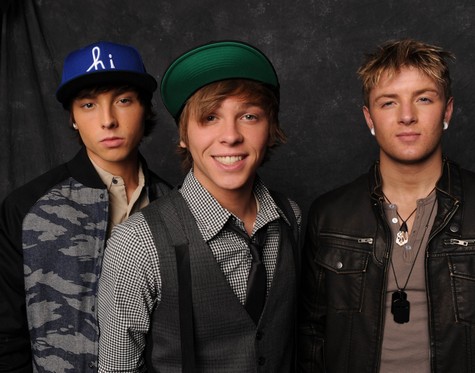 Emblem3 took the stage tonight on THE X FACTOR USA for their Final 4 video performance.  Emblem3 sang “Baby I Love Your Way ” by Peter Frampton for the song they chose to sing.  Tonight’s show the finale 4 performed live in front of coaches Simon Cowell, Britney Spears, Demi Lovato and AJ Reid for America’s vote and to make it another week.  Did you watch tonight’s performance show?  We did and we recapped it here for you.

Judges comments: LA Reid thinks they are very fortunate that they are charismatic.  He was wondering if there $5 million performance was going to happen and this is the first time he has seen it.  Britney felt like the performance was special.  She thinks they are way more than a boy band.  Demi says this is the first time she thought it was what she expected of them.  Simon thinks this was one of the most important nights of their lives.  The performance tonight reminded this of their first audition and if this does not get them into the finale, nothing will.

They sang this song because it is their mother and father’s favorite song. If you want to see Emblem3 in the finale, you have to vote for them.  Vote for Emblem3 at 1-855-THE-XF-03